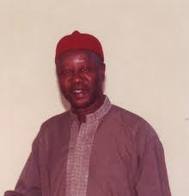 Banjul, The Gambia (TNBES) As the ruling Alliance for Patriotic Reorientation and Construction (APRC) embarks on a nationwide tour with a high powerful delegation, Lamin Waa Juwara, the Governor of Lower River Region called on Gambians to put aside their political differences and vote for President Yahya Jammeh in the forthcoming general election in 2011.
The Secretary General and party Leader of the National Democratic Action Movement (NDAM), was a member of the National Alliance for Democracy and Development (NADD), made the call at a mass rally at
Soma, Jarra West District in the Lower River Region.
The recently appointed National Mobiliser of the APRC, Mayor Yankuba Colley of the Kanifing Municipal Council, who is accompanied by Honorable Fabakary Tombong Jatta, National Assembly Member for Serrekunda East and Majority Leader are currently on a nationwide tour to drum up support from
the electorate ahead of the forthcoming presidential election.
Governor Juwara urged his people to remain united and support the Gambian leader, citing that president Jammeh’s concern is to make every Gambian independent.
Fabakary Tombong Jatta, National Assembly Member for Serrekunda East and Majority Leader of the National said with optimism that president Jammeh will emerge victorious again come 2011.
He said that President has what he called genuine intentions for Gambians and urged them to have the mentality that ‘no one else can develop their region but themselves’.
Addressing a mass rally at Soma in Jarra West District in the Lower River Region, Mayor Yankuba Colley told the gathering that President Jammeh has made Gambians respectable all over the world adding that Jarra Soma
has undergone a massive transformation from 1994 to date under President
Jammeh’s leadership and therefore urged them to rally behind the APRC
government for more development.
The APRC National Mobiliser also told party supporters at in the North Bank and Central River Regions called on Gambians to remain loyal to President Jammeh and the ruling APRC party for the socio-economic development
of the country.
In Kudang, Colley called on the electoral to vote for the Gambian leader and that they will never regret voting for him, arguing that there is no opposition party that will survive in the area other than the APRC.
According to him unity, love and respect is the bedrock for sustainable socio-economic development in a country. VOL:2 ISSN:59
Posted by Modou S. Joof at 17:46