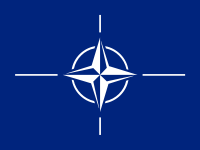 At least 72 civilians had been killed by the North Atlantic Treaty Organisation, NATO airstrikes during the 2011 war in Libya, one of the world’s leading human rights organisation said on Monday.

Human Rights Watch (HRW) blames NATO of failing to admit dozens of civilian casualties had died from air strikes during the war in Libya. It also blames them for not investigating possible unlawful attacks.

In a 76-page report “Unacknowledged Deaths: Civilian Casualties in NATO’s Air Campaign in Libya” released on May 14, 2012, examines in detail eight NATO air strikes in Libya that resulted in 72 civilian deaths, including 20 women and 24 children.

The agency said evidences are based on one or more field investigations to each of the bombing sites during and after the conflict, including interviews with witnesses and local residents.

Operating under United Nations Security Council mandate, Resolution 1973, which authorised the use of force to protect civilians in Libya, aircraft from the United States, the United Kingdom and France conducted most of the 9,658 strike sorties last year, targeting forces loyal to Libyan leader Colonel Muammar Gaddafi.

NATO had argued during and after the war that it took great care to diminish civilian deaths.
“NATO took important steps to minimize civilian casualties during the Libya campaign, but information and investigations are needed to explain why 72 civilians died,” said Fred Abrahams, special adviser at Human Rights Watch and principal author of the report. “Attacks are allowed only on military targets, and serious questions remain in some incidents about what exactly NATO forces were striking.”

The agency said NATO, which has been in denial all this while, should address civilian casualties from its air strikes during the NATO heads of state summit in Chicago, USA on May 20 and 21.
In what HRW said is the “most serious incident” in the village of Majer, 160 kilometers east of the Libyan capital, Tripoli, NATO air strikes on two family compounds killed 34 civilians and wounded more than 30, on August 8, 2011.

Dozens of displaced people were staying in one of the compounds at the time of the attack. HRW also exhorts NATO should to consider providing payments to civilian victims of NATO attacks without regard to wrongdoing, as it has done in Afghanistan.

In March 2012, another leading human rights agency, Amnesty International, made similar reports. It said it had documented 55 cases of named civilians, including 16 children and 14 women, killed in air strikes, and expressed disappointment NATO's failure to investigate these cases.
HRW said family members and neighbors in Majer independently said there had been no military personnel or activity at the compounds before or at the time of the attack.

“I’m wondering why they did this; why just our houses?” it quoted Muammar al-Jarud, who lost his mother, sister, wife, and 8-month-old daughter, to have said. “We’d accept it if we had tanks or military vehicles around, but we were completely civilians, and you can’t just hit civilians.”

Countries such as Russia that have made grossly exaggerated claims of civilian deaths from NATO air strikes during the Libyan campaign have done so without basis, Human Rights Watch said. “The countries that have criticized NATO for so-called massive civilian casualties in Libya are trying to score political points rather than protect civilians,” Abrahams said.

NATO has since stated that it cannot conduct post-operation investigations into civilian casualties in Libya because it has no mandate to operate on the ground. But HRW said NATO has failed to request permission from Libya’s transitional government to look into the incidents of civilian deaths and should promptly do so.

Under the laws of war, parties to a conflict may only direct attacks at military targets and must take all feasible precautions to minimize harm to civilians. While civilian casualties do not necessarily mean there has been a violation of the laws of war, governments are obligated to investigate allegations of serious violations and compensate victims of unlawful attacks.