Oral statement to the African Commission on Human and Peoples' Rights 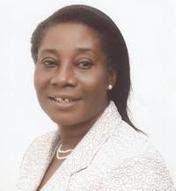 It is an honour for ARTICLE 19 to address you during this 51st Ordinary Session of the African Commission.

We would first of all like to congratulate you for the tireless efforts your Commission has been making in promoting and protecting human rights on the African continent.

Our special thanks go to the Special Rapporteur on the Freedom of Expression in Africa who has just made a brilliant presentation of her report on the efforts of her mechanism to enable Africans in their respective countries to freely express themselves and have access to information without any arbitrary restrictions.

Madam Chairperson, your Commission adopted here in Banjul, at its 34th Ordinary Session, the Declaration of Principles on the Freedom of Expression in Africa. This invaluable instrument for defenders of the freedom of expression will be ten years old next October and it is fitting to pause on this occasion in order to assess, the achievements made (such as the adoption of laws on access to information by a handful of African States and the decriminalization of certain press offences by a few others) and the challenges encountered in the implementation of this land make declaration.

ARTICLE 19 welcomes the inclusion by the Special Rapporteur in her agenda of future activities of the celebration of the 10th anniversary of the Declaration of Principles on the Freedom of Expression in Africa and is already preparing to participate in this important celebration.

Indeed, it is necessary to mark this anniversary during this period when, more than ever before, as reported by the various actors gathered at the NGO Forum preceding this Session, the majority of African states still routinely violate the freedom of expression and curtail access to information.

As evidence of this, journalists and defenders of freedom of expression are victims of arrests, illegal and arbitrary detention, torture, prosecution, physical attacks, all kinds of harassment and worse, murder committed by the State or private parties.

We would like to draw the attention of the Commission to the special situation of Eritrea, where dozens of journalists have been languishing in prison for more than a decade despite the condemnation of this situation by your Commission, and some of them have died in jail according to our sources.

Madam Chairperson, ARTICLE 19 is also concerned about the case of Ethiopia, headquarters of the African Union, where journalists are often convicted under the law against terrorism; Sudan, where there are still vicious forms of censorship together with routine attacks on freedom of expression; Somalia, one of the most dangerous countries for journalists, where four (4) of them were reportedly killed recently; Cote d'Ivoire, Mali, Guinea Bissau, where the present and past military and political instability makes the above-mentioned violations even worse in a context of total impunity. In Nigeria, violent acts committed by Islamist group Boko Haram have caused irreparable prejudice including killing of journalists.

Madam Chairperson, it is important that the Special Rapporteur highlighted in her report the appalling case of the Gambia, the host country of the African Commission on Human and People's Rights. The situation of freedom of expression is worrying and ARTICLE 19 has constantly denounced it before your Commission.

Indeed, the curtailment of freedom of expression by physical and other forms of violence in the Gambia culminated in the brutal murder of journalist Deyda Hydara on 16 December 2004 and the disappearance without any trace of journalist Chief Ebrima Manneh in July 2006. In all these cases, ARTICLE 19 has always joined other human rights defenders to demand justice.

Madam Chairperson, the Special Rapporteur also drew attention to this case: as we address this august assembly, a former Minister of Information, Amadou Scattred Janneh, an opinion leader, is languishing in prison accused of treason for simply having tee shirts printed with the words ''Coalition for Change in the Gambia - Stop the dictatorship''.

Madam Chairperson, to these cases of violations of freedom of expression must be added the systematic restriction of new media, especially the internet - several information sites are jammed, thus depriving the Gambian population from accessing alternative sources of information. Worse, Madam Chairperson is the fact that the legal framework governing freedom of expression and access to information often used to curtail expression is totally contrary to the international standards that are binding on the Gambia, particularly the Declaration of Principles.

ARTICLE 19 recently published a detailed legal analysis of this legal framework which criminalises any statements or speeches that are critical of the public authorities. We have recommended to the Gambia to initiate serious reform of its laws by amending and repealing certain draconian provisions that prevent Gambians from freely expressing themselves and participating in national public debates.

Today, Gambian journalists and human rights defenders are still working in a state of fear, some have fled the country and the few that remain exercise their profession under surveillance by a system of justice under orders.

We ask for the release of prisoners of conscience in the Gambia and the protection of their physical and moral integrity.

Finally, we reiterate the determination of ARTICLE 19 to continue to work closely and increasingly with the mechanism of the Special Rapporteur on the Freedom of Expression and Access to Information in Africa.

For more information about this statement Contact: Bruno Menzan at Bruno@article19.org
Posted by Modou S. Joof at 16:01