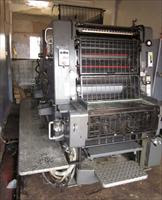 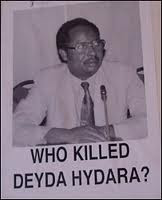 DEYDA HYDARA
The stalling into the investigations of the murder of Deyda Hydara on December 16, 2004 still continue to be a major concern for the Union. We continue our call on the Gambian authorities to ensure that no stone is unturned in these investigations and welcome the recent
announcement of the UK, Foreign and Commonwealth Office (FCO) that the Gambia
Government have technically accepted their offer of independent expertise and investigations.
The FCO, who has been engaged by the Campaign for Human Rights in The Gambia (CHRG) Scotland whose coordinator Alieu Badara Ceesay is a GPU member and the Gambia Press Union leadership.
The Union in 2008/2009 and 2010 celebrated every year the anniversary of the murder of Deyda Hydara by organizing symposia and issuing statements.
CHIEF EBRIMA MANNEH
The disappearance of Chief Ebrima Manneh, the Gambia Governments refusal to implement the decisions of the ECOWAS Court pertaining to his disappearance by refusing to release and compensate him US$200,000 is a worrying phenomenon.
Chief Manneh on the day of his disappearance 6 July 2006 was picked up by Plain Clothes
security personnel from his Place of work the Daily Observer. The Union, through GPU USA
has since 2008 maintained financial, household support for the Manneh family as chief was said to have been, at the time, the only working member and therefore breadwinner of his extended family.
Through the CHRG, GPU engagement with the FCO, his case has also been prominently
highlighted. He, like Deyda, was honoured by The African Editors Forum in October 2010 with the “‘Hero of African Journalism Award’.
Though bittersweet, the Gambia Press Union joined the two families in expressing delight that two of our two heroes were privileged to be recognized among five journalists (the late Norbert Zongo, Burkina Faso; Jean Leonard Rugambage, Rwanda; And, Pius Njawe, Cameroon) honored in all of the region.
Senator Richard Durbin of the US, also brought the issue of the continued detention of Chief
Ebrima Manneh and unsolved murder off Deyda Hydara to the attention of the US Senate in July 2008 asking the Senate to focus its attention on a tragic story from the small “West African nation of The Gambia.” He told the Senate that he agrees with Amnesty International’s consideration of Chief Ebrima Manneh as a prisoner of conscience and has called for his immediate release.
These arrests, detentions and charges make it extremely difficult for private medis to operate
freely in The Gambia and to maintain favourable working relationships with the government in spite of all efforts to do so.
NETWORKING/PARTNERSHIP BUILDING
Courtesy Calls on State Institutions/Gambia Gov’t Officials
Between March and September of 2008, the union initiated contacts with the State through the department of state communication, information and technology, national assembly and national Security Council. The union leadership expressed its willingness to work with the State institutions to improve the media and government relations.
In these discussions, the union also took the opportunity to remind the State representatives of their responsibilities concerning the disappearance of Chief Ebrima Manneh and the investigations into the death of Deyda Hydara.

Federation of African Journalists
GPU attended the founding congress of the federation of African Journalists in Nairobi and was represented by the GPU president. I am glad to report to this congress, the GPU president was not only an elected officer of FAJ as treasurer but also the candidate that got the highest number of vote among 9 candidates.
Again FAJ organized its constitutional congress in Harare in March 2010. It was not possible for GPU to participate due to other engagements but colleagues in the continent reaffirmed their confidence in the GPU leadership and thus re-elected me in absentia as treasurer. 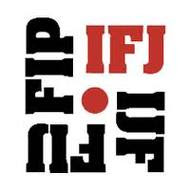