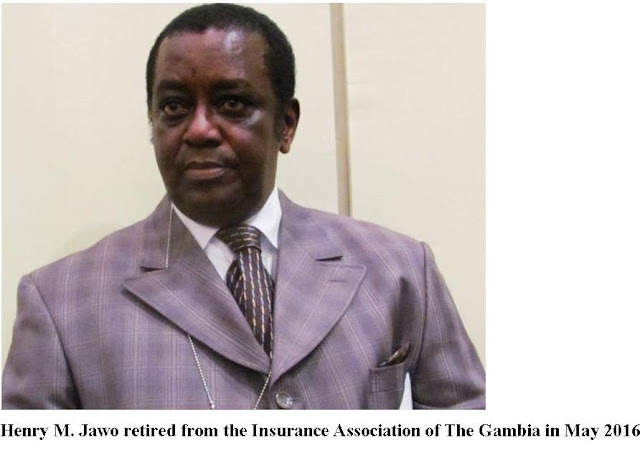 The Insurance Association of The Gambia (IAG) last week bade farewell to retiring insurance professional Henry M. Jawo who has been hailed as “outstanding”.

Mr. Jawo retires as secretary general at the permanent secretariat of the IAG where he has been working from 2000 to 2016.

A trained-teacher for 15 years and a former school headmaster, Jawo joined the insurance industry in The Gambia in 1985 when he was appointed branch supervisor at Senegambia Insurance Company.
Read more »
Posted by Modou S. Joof at 10:00 No comments: