What is wrong with the right to assemble and demonstrate in The Gambia? 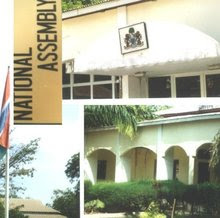 The House of Parliament in Banjul, the Gambian capital on Tuesday ratified an electricity expansion project loan agreement of $12 million meant to expand electricity coverage in the Gambia.

On June 18, 2012, the Organisation of Petroleum Exporting Countries (OPEC) Fund for International Development (OFID) revealed it had reached an agreement of US$12M loan with the Government of The Gambia.

The design of PIWAMP was built on the successful experience of the concluded Lowland Agricultural Development Project (LADEP), its achievements, effects, impacts, as well as the strengths and shortcomings.

The tour followed the release of his latest album: “Mansay Kay” meaning (the President).

The Voice understand the case of two Gambian journalist detained and charge following a request for a permit to hold a peaceful demonstration against the August execution of nine death row inmates has taken another twist.
Read more »
Posted by Modou S. Joof at 10:08 No comments:

(GambiaNewsOnline) - Lamin Jahateh, editor and publisher of the blog, Gambia News Online, on Sunday left Banjul for Accra, Ghana, to attend a two-week intensive course on “Freedom and Responsibility in the Media”.
The course, which is for journalists from member countries of the Economic Community of West African States (ECOWAS), is organised by the International Institute for Journalism (IIJ), a Germany-based organization that seeks to enhance the professional performance of journalists across the world.
Read more »
Posted by Modou S. Joof at 17:22 3 comments:

An IMF economic think-tank on Tuesday revealed Gambia’s real gross domestic product (GDP), the total value of goods and services that the country produced in 2011, fell by about 5 percent.

Mr. David Dunn who led an International Monetary Fund (IMF) mission to Banjul September 5-18, 2012, said economic activity remained “weak” for much of 2012, but is expected to pick up substantially in the final quarter, as the upcoming harvest points to a strong rebound in crops and growth in the tourism sector continues.
Read more »
Posted by Modou S. Joof at 17:07 No comments:

Gambia police have added “seditious intention” to a charge of “conspiracy to commit felony” against Gambian journalist Baboucarr Ceesay on Wednesday.
Ceesay, a 1st vice president of the Gambia Press Union, and Abubacarr Saidykhan, a freelancer, were charged last week with conspiracy to commit felony after they applied for a permit to peacefully protest against the execution of death row inmates by the Jammeh government.
Read more »
Posted by Modou S. Joof at 16:51 No comments:

(The Point) - Sulayman Ceesay, a reporter with the Voice Newspaper, has won the 2012 YJAG Founder President’s Annual Award.

Ceesay, who also doubles as the treasurer of YJAG, was presented with his prize on Sunday 16 September 2012 at the Gambia Press Union secretariat in Fajara during activities marking the 5th anniversary of the association.
Read more »
Posted by Modou S. Joof at 16:35 No comments:


Authorities in the Gambia have today ordered the closure of an independent newspaper, the Daily News.

According to reports reaching JollofNews, three plainclothes officers walked into the newspaper’s offices on 65 Kombo Sillah Drive, Churchills Town, Serrekunda, before noon and ordered journalists working on their next Monday’s edition to down their pens.

The men said they were instructed by the Office of the President to shutdown the paper.

Africa will 'soon' be short of dictators

Maybe not so soon, but if the dreams of the Lagos and Banjul-based Institute for National Transformation (INT) are realised, regardless of when, Africans will found it incredible that they are short of corrupt autocratic leaders at all levels.

Gambia negates the very essence of right to free-expression: ARTICLE19

The multinational free expression advocacy agency, ARTICLE19 on Tuesday called on the Gambian police to immediately drop all charges brought against two journalists that were detained while trying to apply for necessary permission to protest against recent executions.

The Media Foundation for West Africa, MFWA, says it is “very upset” about a charge of “conspiracy to commit felony” brought against two Gambian journalists by the police in the capital, Banjul.
Read more »
Posted by Modou S. Joof at 14:14 No comments: 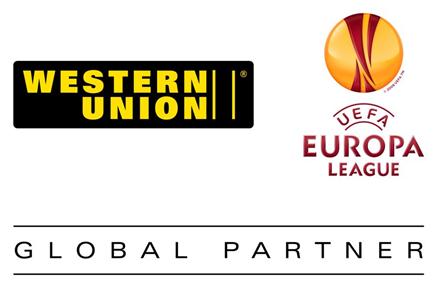 The Western Union Company (NYSE:WU) (http://www.westernunion.com), a leader in global payment services and new Global Partner of the UEFA Europa League, and the Western Union Foundation, today announced they will turn every successful pass in this season’s competition into funding to support one day’s education for young people around the world.
Read more »
Posted by Modou S. Joof at 13:57 No comments:

The Imam of Kanifing East Mosque, Baba Leigh, has denounced the recent executions carried out by The Gambia Government characterizing them as "Un Islamic".

They should not say that if you kill you should be killed because it goes beyond that. Suratul Baqara verses 177-178 lay dawn options that could be explored to settle the matter in the form of a fine, compensation or forgiveness by the family of the deceased.

Military force not key to crisis in Democratic Republic of Congo (DRC), according to the United Nations Secretary-General Ban Ki-moon, who urges strengthened dialogue.
Read more »
Posted by Modou S. Joof at 12:44 No comments:

The Gambia: Charges against journalists over executions demo must be dropped

(AMNESTY) - Charges against two journalists detained after they applied for permission to hold a peaceful protest over the executions of nine death row inmates must be dropped by the Gambian authorities, Amnesty International said.

Baboucarr Ceesay, the First Vice President of The Gambia Press Union (GPU) and Abubacarr Saidykhan, an independent freelance journalist, were charged on 10 September with conspiracy to commit a felony.
Read more »
Posted by Modou S. Joof at 16:20 No comments:

Gambian journalists, Mr. Baboucarr Ceesay and Mr. Abubacarr Saidykhan who were arrested and detained last Thursday have been freed on Monday afternoon but charged.

The two are reported to have requested for a permit from the police to hold a peaceful demonstration (a constitutional right) over the recent execution of nine death row inmates by the Jammeh administration.
Read more »
Posted by Modou S. Joof at 07:00 No comments:

PRESS RELEASE: On 16th September this year, the Young Journalists Association of The Gambia will be five years old and as such the association is to hold a day-long symposium on the day at the new secretariat of the Gambia Press Union, in Fajara, to mark the anniversary.
A news release from the association has it that the theme of this year’s anniversary is: “Promoting Professionalism Through Capacity Building”, and a number of lectures in line with theme are to be delivered on the day by veteran journalists in the country.
Read more »
Posted by Modou S. Joof at 17:59 No comments: 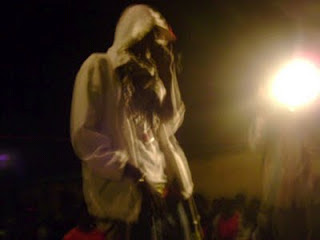 A Gambian opposition party has called on President Yahya Jammeh to resign and allow a transitional authority to organise free and fair elections to restore what it called “the sanctity of derivative authority.”

The Gambia Moral Congress (GMC) said in an August 5 statement: “The mood of the nation and the ‘tumultuous silence’ of the majority are consistent with such a call.” “The unprecedented traffic on electronic social media by hundreds of thousands of Gambian youth reflects the general conviction of Gambian youth offline, also consistent with this call,” it added.
Read more »
Posted by Modou S. Joof at 17:21 No comments:

GMC says not party to G6 stance on inmates’ killings

“GMC dissociates itself from G6 letter to the authorities,” the headline said.
In a brief statement this week, the Gambia Moral Congress, an opposition party led by lawyer Mai Ahmad Fatty said it does not subscribe to the contents of a letter written to the National Assembly by the Group of Six (G6) opposition parties in connection with the recent killing of nine death row inmates by the Gambia Government.

The party’s leader said there is no sense in writing to the authorities on the executions.
Read more »
Posted by Modou S. Joof at 17:16 No comments:

The head of Investigations Unit of Daily Trust, Nuruddeen M. Abdallah, has been selected by the Department of State to participate in the International Visitors Leadership Programme (IVLP), a professional exchange program of the United States Government.


The programme, entitled “Investigative Journalism & New Electronic Media” is commenced on August 27 and will end on September 15, 2012. Sixteen participants were selected from 15 African countries.

The invitation, signed by Bill Strassberger, Cultural Affairs Officer in the U.S. Embassy in Abuja, said the programme is a special initiative for young, up-and-coming media professionals that will examine the rights and responsibilities of a free press in a democracy.

Each year, leading journalists are nominated for participation by the American embassies in their home countries. The programme is sponsored by the US Embassy in Nigeria and organised by the US Department of State in Washington DC.
Read more »
Posted by Modou S. Joof at 21:52 No comments: