African Governments urged to ratify and domesticate the UNCRPD 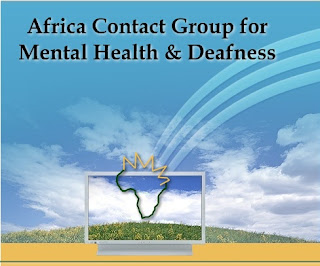 The 3rd Africa workshop of the Contact Group for Mental Health and Deafness (ACGMHD) has strongly recommended that Deaf people be involved in decision making processes.
The Group also demands that the United Nations Convention on the Rights of Persons with Disabilities (UNCRPD) be adhered to, especially where it referred to Deaf people and strongly calls on African Countries to sign and ratify the UNCRPD and ensure that legislations are aligned therewith.
The recommendations followed a meeting held in Mbabane, Swaziland from 7 to 11 February, 2011, under the theme “Working Together for a Better Future for Deaf People and their Families in Africa”.
The event, which was attended by 130 delegates (79 deaf and 51 hearing) representing 34 African countries agreed on the following declaration. “To inform all relevant role-players and stakeholders in the public and private sectors to join efforts to give effect to the theme;
Urges Governments that have not done so yet, to put laws and regulations in place to ensure that sign language takes its rightful place alongside other official languages in countries whose not officially recognize sign as an official language of the Deaf – especially in schools and other education and training settings;
To give equal access to Deaf people in schools and tertiary education; Governments to put in place criteria, rules and regulations to require that teachers of the Deaf are proficient in Sign Language before entering Deaf Education;
Governments to support Deaf people’s teachers to reach the required proficiency;
The Group also expresses concerns that Deaf Children of hearing parents are not exposed to Sign Language in early childhood and urges relevant Government Departments, NGOs and schools to put in place support programmes for parents to learn sign language soon after the birth of the Deaf Child.
The meeting was official declared open by His Excellence, the right Honorable Dr. Barnabas Sibusiso Dlamini, Prime Minister of the Kingdom of Swaziland, who said h Government is commitments to improving the life of deaf people in Swaziland and is committed to ratify the UN CRPD after signing it in 2008.
“The Swazi Government had already employed two full time sign language interpreters at the office of the Deputy Prime Minister, which the social Welfare Department and Disability Unit is under and at the Mpaka High School for the Deaf and Siteki School for the Deaf,” he said.
The Gambia was represented at the occasion by Mr. Dodou Loum, Executive Director of Gambia Association for the Deaf and Hard of Hearing (GADHOH) and his second deputy Director Mr. Landing Badjie. Source – The Voice
Posted by Modou S. Joof at 12:17