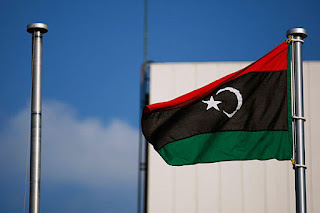 The head of the steering committee of the Libyan affairs in The Gambia Mr. Adel AAlkish has remain mute over revelations accusing him of "sexually harassing" one Jankey Drammeh, a waitress at Al Baba restaurant in Kotu.

Mr. Alkish also ignored allegations of unlawful termination to one of his staff, Alhagie Jammeh, who until his dismissal has been working for the embassy since 2006.

“I have no time for you, I don’t mind about the allegations and in fact if you want to get any response talk to my lawyer,” he said, but before this reporter could ask for his lawyer’s contact Mr. Alkish switched off his phone immediately.

According to Jankey Drammeh, the Libyan diplomat has been a regular customer to the Al Baba restaurant, who in fact occupies one of the living apartments of the restaurant upstairs.

It was in one of our numerous interactions that the diplomat sexually harassed me after luring for her services at the embassy without success, Jankey alleges.

“He is a regular custom to our restaurant and most often than not my boss usually ask me to serve him. One day he ask me how much am paid at the restaurant, I told him am paid D1000, he ask me to drop this job with a promise that he will pay me D2800 for cleaning his office and serving him coffee,” she explains. “I rejected the offer based on my conscience and the advice of my mother looking at the salary scale compared to the workload.”

She narrates: “One day upon delivering some export beers to the diplomat in his room, I was ordered to stockpile them in the fridge and as I proceed to carry out the task, the diplomat came forth and started touching my buttocks and I protested.”

“He apologized to me and promises that he will never do such again but to my ultimate surprise, he played the same tricks after some weeks later,” Jankey further charged.

According to her, she definitely cautions the diplomat, Mr. Alkish to make a stop to it but he defies her. “I was left with no choice but to report this to my boss who stopped me from serving him and promises to address the issue,” she said, while also stating that she did “report the matter to relevant government authorities.”

Mr. Martins Touma, the proprietor of Al Baba restaurant confirms the story. He noted that the employee reported the matter to him before he took the decision of stopping her from serving Mr. Alkish anymore, but was quick to note that he is yet to talk over the matter with Mr. Alkish.

Meanwhile, one Alhagie Jammeh an employee of the Libyan embassy also claims unlawful termination of services without any prior warnings.

According to him, it was only a month back that he received his marching orders after the head of the steering committee of Libyan affairs to the country found him receiving a call from his wife informing him of the demise of his uncle.

“When Mr. Alkish found me on the phone, he accuses me of not working and as well moments later I receive my termination letter without warnings or otherwise, he said. “I wrote to the foreign affairs ministry for any possible redress and as well report the matter to the labour department.”
Mr. Jammeh had worked at the Libyan embassy for six years, and according to him, he is “without an iota of bad records.”

Employed as a gardener at the embassy, Jammeh, a family head said: “Life without work has been severely difficult for him and his family since the dismissal.”
Efforts are still being made to corroborate these allegations with the embassy’s top official, Mr. Alkish.