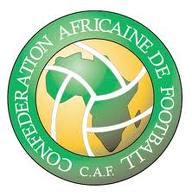 As the uprising in Libya seems never to wind down, the Confederation of Africa Football (CAF) announces that it has postponed the Orange African Youth Championship 2011 indefinitely.
The Championship was scheduled for Tripoli from March 18 to April 1, 2011. However, the Region’s Football Governing Body said its move is due to security concerns, since the current political situation in Libya is unstable.
“The competition has been postponed to a later date and within a location to be confirmed by CAF in the next few days,” CAF said on its official website – cafonline.com on March 3, 2011.
”CAF will inform all parties of the new confirmed dates of the event, which shall be held in the first half of this year. The semi finalists will represent the continent at the FIFA U-20 World Cup slated for 29 July - 20 August, 2011 in Colombia.”
Posted by Modou S. Joof at 18:05

Email ThisBlogThis!Share to TwitterShare to FacebookShare to Pinterest
Labels: CAF