In our fourth and final series of a flashback of the 2008 National Youth Conference and Festival (NaYCONF 2008), we look at the sports and cultural fanfare of the event.
The 2010 event, hosted by the Kanifing Municipality (KM) ended on December 23, though there were cultural activities, the sport side of it is virtually dead and buried; it was not a component of this year’s NaYCONF. The event, held every two years, is aimed at discussing pertinent issues affecting the lives of youths in The Gambia.

Sports (Football)
At the Farafenni Mini Stadium on Tuesday December 23, 2008, KM were crowned ‘Champions of the Football Component of the NaYCONF” after a 2-1 closely fought win over Western Region (WR). Abdoulie Bah’s magnificent volley in the 19th minute gave his side the lead and kept WR’s fans in an optimistic jubilatory mood. KM’s moment only came after the break when Matarr Jaiteh fired an equalizer in the 52nd minute. Jaiteh went on to grab his side’s best moment when his 72nd minute strike gave KM the much needed victory of the last football final of the NaYCONF.
The 2006 champions, north bank region (NBR) were more of a shadow to its former self as they were sent crashing out in the first round of matches.

Volleyball
After an elevated tension of push and pull, which overshadowed the volleyball component of the 2008 NaYCONF, Banjul was finally awarded winners of the volleyball championship.
Both the male and female teams emerged champions after the female side defeated the three times champions, Western region (WR) by 50 to 40 points, while the Banjul boys see-off KM with a score line of 50 to 38 points. The two teams were guided to their recording breaking victories by Coach Alhagie Ceesay, at the Farafenni Youth Centre Volley and basketball lawn.

4x100M relay (females)
KM’s female athletic team featuring (Fatou Sowe, Jainaba Manjang, Joko Colley and Fanta Manjang) emerged winners of a keenly contested 4x100 meters relay at the Farafenni Mini Stadium.
In an interview with the NaYCONF Daily, a newsletter published by the Media Sub-committee of the 2008 event, the young girls said their success is based on hard work especially during trainings.

Aspiring athlete took spectators by surprise
“Girl 16 proof herself” was the caption of an article by the NaYCONF Daily depicting the prowess of a young athlete helping the North Bank Region (NBR) win the athletic championship.
Ginna Bass, who was left out by coaches of the Western Region, was included into the NBR team, thanks to efforts made by his coach, Andrew Jassey and NBR’s sports coordinator.
“Ginna Bass, a 16 year old student from WR has taken almost all the spectators at the Farafenni Mini Stadium by surprise after her brilliant performance at the athletic championship final,” the NaYCONF Daily reported on December 22, 2008.
Ginna demonstrated an extraordinary performance in the 100m, 200m and relay, thus earning herself promises of scholarship from the Gambia Athletic Association (GAA) and the Secretary of State (now Minister) for Youth and Sports, Sheriff Gomez.
She won a Gold medal as the most outstanding athlete in the 2008 NaYCONF.

Wrestling
Despite football matches in advance stages, hundreds of spectators graced wrestling matches. This, according to the NaYCONF Daily, was as a result of the popularity the sport was gaining at the time.
At the Farafenni Lower Basic School grounds, NBR’s Saikou Njie fondly called Ndongo Lo picked up three of four points against Assan Joof of Banjul. NBR’s Lamin Chario and Brino were all declared winners over their opponents, Aliew Charren and Boto Senegal of Banjul respectively. NBR crowning as athletics champions followed earlier comments by the Head of the Athletic Delegates and Trainer Ansu Sowe, who told the NaYCONF Daily that his team is up to sweep all titles in all athletic events. 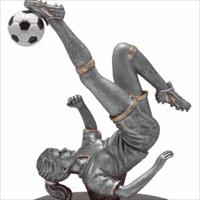 Female sports dying in NaYCONF
The NaYCONF Daily reported that the participation of females in various sporting disciplines was fading away at the event in Farafenni in 2008, where female athletes only competed in the Volleyball and athletics.
The basketball and football components did not include female contenders, thus leaving the Arch Girls of Banjul, who were the defending champions of the female basketball competition having nothing to defend. The Girls prepared well for a title defence only to arrive in Farafenni, where the 2008 NaYCONF was held and to be told that female basketball was not included in the programme.
The 2007 Female Player of the Year Yamundow Jeng alias Christiano Ronaldo believes that the NaYCONF is the only and best place where the whole country is represented in sporting events that could help promote female football nationally.

WR wins Miss NaYCONF, loses drama
The Eddy’s Hotel in Farafenni played host to the Miss NaYCONF Competition, where Kumuna Jobarteh of Western Region was crowned the ‘Miss NaYCONF 2008’ Monday December 22.
Miss Jobarteh, who told the audience that her dream was to become a journalist, beat them all (Kanifing Municipality (KM), Banjul and Upper River Region, URR) after four rounds of beauty and talents display.
Jariatou Sarjo Jallow of URR emerged ‘Runner-up Miss NaYCONF 2008’; KM’s Atta Cham grabs the ‘Miss Entertainment’ and Ida Krubally of Banjul was voted ‘Miss Confidence’ after she confidently held on to the other rounds of the competition, having left behind her outfit to be wore during the 2nd round. This contest was also based on what the contestants think they can do or would want to be done for the development of youths in The Gambia.

Drama
From grace to grass, that’s what it was like for WR after loosing the Drama Competition to KM on December 20. WR emerged 2nd Runners-up in the drama component, having earlier won the Beauty Pageant.
The winner, KM got 260 points, followed by Lower River Region (LRR) with 250 points and WR 240, however, the later all regions were given 25 minutes to perform but argued that KM got an extra six minutes, thus giving them a better chance to be crowned champions.
“The drama organising committee (DOC) brought judges who are not competent to handle such competitions. The DOC did not update us on what to do or what was to be done, but they did for other regions. They only notify us of the change in schedule (20th instead of 21st December) till a few hours to the event,” Lamin Jatta, Drama Team Head for WR said.

Lamp Faal cultural troupe amazes audience
The Lamp Faal actors and actresses on Thursday December 18, 2008 where caught in the throb of drums with a great cultural dance that amazed a large crowd of audience at the door step of the Farafenni Youth Center.
The Group, which constitutes Gambians and Senegalese in the North Bank Region (NBR) border town of Farafenni, is aimed at diversifying and improving the skills and talents of young people in drumming and dancing as a tool for grand entertainment.

CRR keeping up with tradition “Tuuruuru” and “Tiiriire”
The central river region (CRR) cultural troupe announces their presence at the NaYCONF as custodians of the “Ritti”, a traditional musical instrument mainly used by the Fula ethnic group in the Senegambia Region.
Led by Lady Councilor Sally Baldeh of Upper Fulladu District, CRR, the troupe also amazed both the young and the old, thanks to the region’s 100 percent Fula amusement rite with singers and dancers.
The “Ritti” has a pot-like base with an extension of a curved stick and a single string like a bow and arrow. It is played with another similar instrument which has only a curved stick and a string, rubbing one string onto another gives a melodious sound in varieties. “Tuuruuru” and “Tiiriire” that’s what it sounds like.

Brief on NaYCONF 2010
The national youth conference and festival (NaYCONF 2010) which was hosted by the Kanifing Municipality ended without athletes having to flex their muscles. The national organising committee (NOC) decided this year not to have anything to do with sport at the event.
However, at an event where all parts of the nation is fully represented, with calls by the youth ministry of excellence in sport, leaving the component out of activities of the NaYCONF needs much to be desired.
Taking the life out of it
The NaYCONF has been described by many as a source of taping new talents and giving equal representation to individuals from across the country in national sporting teams and the removal of sport in the event, is like taking the life out of it. It will no doubt increase urban domination of national sporting teams; hence some of the new talents discovered during school sporting competitions are not nurtured to their best.
The 2010 event have come and gone, with a ‘resolution’ similar to the one in 2008 passed at the end of the Conference of Delegates, seemingly, not much has been achieved with regards to the implementation process of the Farafenni Declaration.

Drugs and Corruption
Hopefully, we’ll meet in the Central River Region (CRR) in 2012, when we shall be looking back at the happenings of the 2010 event; with the theme this year being “Youth Participation and Partnership in the War Against Drugs and Corruption”, we hope to report on a significant decrease in the flow of drugs as well as public corruption. However, with security personnel often paraded on national television for allegedly being in possession of drugs, the fight against this social menace needs much to be desired… The End
Posted by Modou S. Joof at 19:25