GTBank claims it has put up remarkable results last year 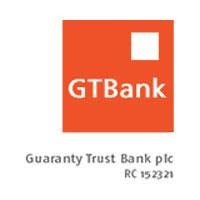 At a time when the banking industry in the Gambia is witnessing fierce competition within a relatively small market, one among 13 commercial banks operating in the country, Guaranty Trust Bank said it has yielded “remarkable results” as of December 31, 2010.
This puts the bank among the strongest in the industry and shows a growing balance sheet through increased profit, enhanced deposit portfolio and increased shareholders fund.
“In spite of the challenges posed by the global financial crisis and keen competition in the Gambian banking industry, Guaranty Trusty Bank (Gambia) Ltd has posted remarkable results for the year ended 31 December 2010,” a statement from the bank said.


In July 2011, the bank released its 2010 audited account after its Annual General Meeting, which indicated that GTBank’s profit before tax, rose by 6 percent from D75 million in 2009 to D79.5 million in 2010, while gross earnings grew by 6.6 percent from D349 million in 2009 to D372 million.
The bank’s strategy to streamline asset size in the face of a tightening local economic conditions and to remain more efficient has yielded dividend in 2010 as the total asset of the bank recorded a growth, though marginal, from D1, 941 million in 2009 to D1, 958 million in 2010.
It added that its loan portfolio grew by 33 percent from D520 million in 2009 to D692 million in 2010 while total deposit liability increased by 7 percent from D1.4 billion to D1.5 billion.
GTBank being the first and only bank to have successfully consummated loan syndication in the history of the Gambia banking industry in the year 2010 said it continues to give good returns to its shareholders as it declared a dividend payment of D39.5million to shareholders representing about 22 bututs per share (21 bututs per share in 2009).
The “butut” is Gambia’s lowest currency denomination.
The bank also said it has raised its paid-up capital to D180 million, thereby surpassing the D150 million minimum capital requirement for banks in The Gambia. The Shareholders Funds at the end of 31 December 2010 was D232 million.
GTBank’s Managing Director Mr Olalekan Sanusi said “in spite of the backdrop of the difficulties and uncertainties that dominated the year 2010 in the world, the performance of GTBank owes itself to two key factors.”
“The first and of course most manifesting has been the growing confidence in the brand, as our customer sign on rate went up phenomenally in the year. The second and fundamental to the continued success of GTBank in The Gambia, is the untiring determination of our highly motivated, loyal, well trained and aggressive team to do well amidst difficulties.”