Five Years On, Chief Ebrima Manneh Still Missing
It has been exactly five years Thursday, since Gambian journalist Mr Chief Ebrima Manneh went missing and separated from his family where he was a breadwinner.
Chief Manneh, who disappeared since July 7, 2006, was allegedly whisked away from his office, the pro-government Daily Observer newspaper in Bakau, by State Security Agents.
Since then, his fellow journalists and family members have been in a ceaseless quest to trace his whereabouts, but so far, their efforts have proven futile.
In one of the most drastic of efforts to clear the doubts over his whereabouts, the sub-region’s leading media watchdog, the Media Foundation for West Africa (MFWA) sued the Government of The Gambia at the ECOWAS Court of Justice in Abuja, Nigeria. 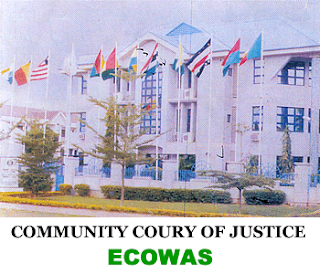 In 2008, the Court, setup by the sub-regional economic bloc, the Economic Community of West African States (ECOWAS), subsequently ruled in favour of the victim. The Government never appeared in Court during the trial, despite several sermons by the Court.
Nonetheless, the Abuja-based ECOWAS Court ordered the Government of The Gambia to immediately release Chief Manneh and pay him a sum of US$100, 000 for damages. The verdict has not been heeded to by the State since, though the country is a signatory to the Treaty that setup the Court.
On April 6, 2009, during the first meeting of the National Assembly in the capital, Banjul, the Parliamentarian for Kiang West and Minority Leader Hon Momodou L.K. Sanneh asked the Justice Minister what the stance of the Government was, as per the verdict of the ECOWAS Court.
Responding to this question, the erstwhile Attorney General and Minister for Justice, Mrs Marie Saine Firdaus admitted that the ECOWAS Court has ruled against the Government of The Gambia.
However, she said “the State can only release a person in their custody”. She adds: “The Government is aggrieved by the decision of the Court and has since issued a political process in motion to take the decision to the next level and put the decision set aside.”
Mrs Firdaus adduced to have exhausted all relevant State Security Departments, including the National Intelligence Agency (NIA) and the Police, adding that to the best of their knowledge, information and belief “Chief Manneh is not in their custody”.
She noted that the ECOWAS Court is created by a Treaty and is subjected to certain rules and procedures, one of which is the exhaustion of local remedies.
On this ground, she said Chief’s family members and their cohorts failed to take legal action against the State at the High Court of The Gambia in accordance with law and procedure for Chief’s alleged unlawful detention.
In May 2009, during the 45th Ordinary Session of the African Commission on Human and People’s Rights (ACHPR), the Special Rapporteur on Freedom of Expression, Commissioner Pansy Tlakula admitted receiving a letter from the Gambia Government dated October 31, 2008.
In the letter, Commissioner Tlakula said the Government stated that “Chief Ebrima Manneh has never been arrested by the government and therefore to allege that the Gambian authorities are holding him incommunicado and even to the extent of going to a court to have him released is quite incredible and is considered an indication of contempt towards The Gambia and the Gambian Authorities”, Adding that “It will no longer entertain anymore exchanges on the subject of Chief Ebrima Manneh”.
The government’s stance followed the passing of a Resolution on the “Human Rights Situation of The Gambia” by the African Commission during its 44th Ordinary Session six months earlier.
The Resolution called on the Government of The Gambia to “bring an immediate end to the harassment and intimidation of independent media institutions and respect the rights of journalists and to immediately and fully comply with the 5th June judgment of the ECOWAS Community Court of Justice in respect of the release of Chief Ebrima Manneh from unlawful detention and pay the damages awarded by the Court”.
Since then, Manneh’s ordeal has been viewed as a case of kidnapping, however, it remains vague as to who is holding him, whether he has died or is still alive.
Recently, the United Kingdom, Foreign and Commonwealth Office (FCO) announced that the Gambia Government has technically accepted their offer of independent expertise and investigations into Manneh’s case. However, the Government is yet to admit or debunk the FCO’s stance.
Author: Modou S. Joof, News Editor-The Voice Newspaper
Posted by Modou S. Joof at 22:49