At its meeting on May 16, 2011 in Cairo, Egypt, the Executive Committee of the Confederation of African Football, CAF made some decisions among them, the disbandment of the West African Football Association, WAFU.
CAF intervened to postpone WAFU’s General Assembly in Banjul on April 9, 2011.
“The General Assembly accepted a recommendation from CAF to postpone elections to the Executive Committee of the WAFU until the former carries out a proposed review of the organisation of all zonal unions in Africa,” a WAFU communiqué said at the end of the General Assembly.
However, the Ghana FA Boss Kwesi Nyantakyi, who was elected as interim president of WAFU said at a press briefing: “I do not know what that means but I hope that whatever is done will be within the laws.”
WAFU is made-up of 16 countries: Cape Verde, Gambia, Guinea, Guinea Bissau, Liberia, Mali, Mauritania, Senegal, Sierra Leone, Benin, Burkina Faso, Cote d’Ivoire, Ghana, Niger, Nigeria and Togo.
“Considering the organizational issues facing WAFU in organising competitions as well as complying fully with CAF statutes, the Executive Committee decided to opt for a status quo ante in conformity with article 14 of CAF statutes which says that it is divided into 6 Zones,” a statement from CAF said on Monday.
WAFU is now divided into two zones with Western Zone A consisting of Cape Verde, Gambia, Guinea, Guinea Bissau, Liberia, Mali, Mauritania, Senegal, and Sierra Leone.
Western Zone B is made-up of Benin, Burkina Faso, Cote d’Ivoire, Ghana, Niger, Nigeria, and Togo.
Following the decision on Monday, Gambia’s FA Boss Seedy Kinteh told the BBC that he could not understand why the Continent’s Football Body came with the move at this critical time.
Nonetheless, he said regardless of the split, the various football associations of WAFU remain united and will continue to collaborate with each other.
Other zones include Northern Zone: Algeria, Egypt, Libya, Morocco, and Tunisia.
Central Zone: Cameroon, Central Africa, Chad, Congo, DR Congo, Equatorial
Guinea, Gabon, and Sao Tome and E Principe.
Central East Zone: Burundi, Djibouti, Eritrea, Ethiopia, Kenya, Rwanda,
Somalia, Sudan, Tanzania, and Uganda.
Southern Zone: Angola, Botswana, Comoros Islands, Lesotho, Madagascar,
Malawi, Mauritius, Mozambique, Namibia, Seychelles, South Africa, Swaziland, Zambia and Zimbabwe.
Amongst other decisions, the Executive Committee disclosed that CAN 2012 taking place in Gabon and Equatorial Guinea will start on 21st January ending on 12th February 2012. The final draw will take place in October 2011, exact date to be determined later. 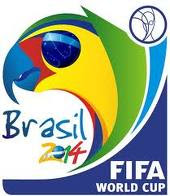 Brazil 2014 qualifying format
The Executive Committee said fifty-two (52) out of the 53-National Associations affiliated to CAF will take part in the qualifying series to determine the continent’s five slots for the next World Cup.
The qualifying series will begin with a preliminary round involving the bottom 24-bottom FIFA ranked teams according to the latest edition of FIFA ranking. The 12 teams to qualifiy from the preliminary round will join the 28 teams, on a bye for the next phase.
The top team from each of the 10 groups will qualify for the final play-off, and will play on home and away basis to determine the five slots.
In all, 154 matches will played between November 2011 and November 2013.
Posted by Modou S. Joof at 20:09

Email ThisBlogThis!Share to TwitterShare to FacebookShare to Pinterest
Labels: FIFA/GFA/CAF