AFRICA: What ‘virus’ is turning elections into violence

Of late, elections in Africa have been plagued by violence before, during and after the conduct of the polls, a glaring case is the Nigerian post-presidential elections violence, the latest on the continent, for which at least 500 people are reported to have died, thousands injured and others displaced.
The Voice Newspaper’s News Editor examines exactly what must have led to a seemingly contagious trend of crisis born-out of a democratic process that should have served as a yardstick to determine the will of the electorate in any democratic setup.
The lack of a political will by African States to ratify and accelerate the entry into force, the African Charter on Democracy, Elections and Governance could be said to be one of the major issues that contribute to violent elections.
It is disheartening to note that only 10 of 53 countries on the continent have ratified the African Charter on Democracy, Elections and Governance, and with South Sudan ready to put on the number (54) in a few months time, soon it will be 44 countries defying their own undertaking.
For a continent that have seen terrible suffering, it is common place for States to approve of Charters, Protocols and Conventions, however, domestication and implementation, which are a principal mandate of governments is as hard to take as trying to move a mountain.
When African leaders continue to perpetuate themselves in office, winning every election, the credibility of the electoral system may be questioned on whether the results are a fair representation of the will of the people.
In fact, at the recently concluded NGOs Forum, human rights defenders agreed that the lack of independence of electoral systems has made elections a growing source of conflict in Africa.
Holding of credible elections, addressing electoral fraud has become a major problem on the continent as in many African countries most elections are believed to be rigged in favor of the incumbent president; leaving polls to be hardly free or fair even if they are regard as being so.
Similar cases have been witnessed by Zimbabwe, Kenya, and Ivory Coast leading to political unrest in these countries, and the forging of marriages that never were.
Ivory Coast knew how unworkable these marriages (Unity Government) are and the negotiators between Gbagbo and Ouattara noted clearly that a “marriage” was a non-starter.
In these countries, post election violence has destroyed the lives of many people, mostly the poor and vulnerable, taking away their wealth, health, livelihoods and in some cases their lives.
Though the unrest that was made in the North early this year has left many of our leaders going cold, without term limits, the greed to cling onto power for life will remain another aspect that may result to pre or post elections violence.
The reason for such a probability is that people are likely to react if they believe that their voices or power has been swindled. For another rights activist, it is an expression of “opposition” to an “imposition” of a candidate on the people through an election. 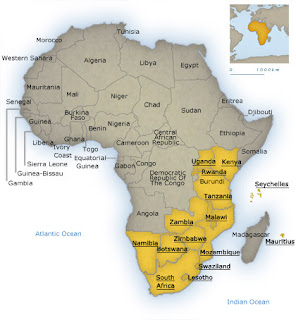 It is an open secret that sitting presidents hardly learn how to accept defeat, and in countries where there are no such avenues for people to exercise their right to vote or be voted for, the result in the long term is likely to be the culmination of the North African winds of change, to which no guns can penetrate.
Over the years, the passing of the baton of leadership from one family member to another is becoming a norm in Africa; a good example is what has happened in Togo, Gabon and Congo DR, where the presidency is inherited like the title of traditional-chief as was the case during the era of colonialism.
Elections are occasions when people vote for someone to represent them, especially in government, as defined by the Macmillan English Dictionary. However, a human rights defender added that elections are defined as “voting for our leaders and representatives in government according to our own individual will without any threats that creates fear or favor”
Nonetheless, renewed trends of voting along religious, ethnic and regional lines have been identified as an additional contagious virus that is breeding conflicts attributed to the observance of democracy (holding of elections) in Africa.
Oh! He is a northerner, he a southerner, a Muslim, a Christian, in fact, he is a foreigner; are some of the electoral misdemeanors that has a negative effect to a large extent on political crises eating up the very fabrics of our African societies.
For which, politicians are to blame, ruling or governments in waiting. When such notions and misconceptions that are not in the interest of any country are cultivated into the electorate, the result to violence, regardless of whoever is said to have won the elections may be tantamount to “conspiracy”.
And politicians will hardly accept defeat even if the polls are clearly held through a democratic political formula, that is, the will of the people.
To this end, if this contagious disease (election violence) in Africa is to be prevented from becoming an epidemic, there is a need for States to ensure the holding of free and fair polls manned by thoroughly independent electoral commissions.
The observance of total respect to the democratic principles of human dignity, human rights, human freedoms, good governance and the rule of law, where the protection of lives, properties and other legitimate rights of people are non-negotiable.
And finally, respecting and accepting the will of the people as per the votes, a critical standpoint of avoiding post elections violence.
Posted by Modou S. Joof at 10:38