The Government’s stance followed the release of findings by a sports tribunal it setup to look into last year’s GNOC elections which saw Mr. Alhagie Momodou Dibba take the reins at the expense of Mr. Abdoulie Bax Touray who boycotted the polls.

“Such an election without the supervision of the National Sports Council which is mandated to do so by law could best be described as a farce. The credibility of the election of February 12, 2011 was largely diminished as a result of voting by non- eligible voters,” the ministry said on Tuesday.

“The Council shall ensure the election of an Olympic committee in accordance with the Olympic Charter for the purpose of ensuring The Gambia’s effective representation at each Olympic Games and for carrying out functions relating thereto,” the Ministry added in its June 12 statement.

The ministry also warns it will take “appropriate, responsive and responsible action” in due course and it will ensure that the sports fraternity is thoroughly restructured to end once and for all what it called the “endless bickering” hampering the meaningful development of sports in this country. 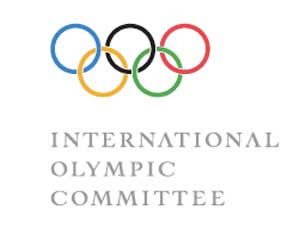 However, 48 hours later, the Swiss-based offices of the world’s Olympic sports governing body, the International Olympic Committee (IOC) in a letter told the GNOC “this so-called sports tribunal appointed by a government body has no authority to interfere with the internal operations of your NOC, including election process.”

The IOC takes a dim view of governmental interference in the affairs of national Olympic committees (NOCs) which enjoys autonomy.

The IOC reiterated the fundamental principle of autonomy of the NOCs, saying “an NOC is not a public or government body.”  It added that Gambia’s national sports legislations are incompatible with the basic principles of the Olympic Charter, should such existing rules give power to government authorities to interfere with the internal operations of the country’s NOC.

While exhorting for the revision of the sporting laws of the Gambia, the IOC and the Association of National Olympics Committees of Africa (Anoca) said they’ll immediately react and take appropriate measures to protect the autonomy of the GNOC in accordance with Rule 27.9 of the Olympic Charter, should the government take concrete measures against it.

Rule 27.9 of the Olympic Charter which states: Apart from the measures and sanctions provided in the case of infringement of the Olympic Charter, the IOC executive board may take any appropriate decisions for the protection of the Olympic Movement in the country of an NOC including suspension of, or withdrawal of recognition from such NOC if the constitution, law or other regulations in force in the country concerned, or any act by any governmental or other body causes the activity of the NOC or the making or expression of its will to be hampered.

The IOC said it will not be forced to take measures which would regrettably affect the representation of the Gambian delegation and athletes in the London 2012 Games which are fast approaching. But hopes that the government authorities of will understand the “seriousness” of this issue.

Meanwhile, the legal counsel of the GNOC, Ida Drameh, has filed a suit in the high court against the sports tribunal report seeking among other things to establish the independence of the GNOC, the local The Standard Newspaper reported on Thursday.

The protracted GNOC elections was first scheduled for October 20, 2010 but was called-off by the National Sports Council after allegations of possible violations of the constitution and inaccurate voter list.
This followed a stalemate prompting the National Assembly Select Committee on Sports to intervene by conducting an independent inquiry into the allegations and come up with a Report, which scheduled February 12, 2011 as the election date.

The speaker of the National Assembly, Hon. Abdoulie Bojang noted that “the decision of the relevant Select Committee of Parliament is not subject to review or approval by any other Authority, Body or Court.”
“And your non-compliance may tantamount to a contempt of the National Assembly as in provisions of sections, (102), (109-03) and (110) respectively of the 1997 Constitution,” he said in response to the Sports Ministry’s call for a review of its decision for the elections to go ahead.

On February 12, 2011, the General Body of The Gambia National Olympic Committee (GNOC) voted 26-0 to fill the vacant position left by former president, Lt. Gen. Langtombong Tamba who was arrested, charged to court and convicted of plotting a coup.

Shortly afterwards, Bax Touray and his supporters decided to petitioned the Independent Electoral Commission which oversee the election process and the Sport Ministry, challenging the manner in which the February 12, 2011 elections was conducted.

“The list of voters unilaterally presented to the IEC by the GNOC for the aborted 20th October 2010 elections was inaccurate and unconstitutional,” Touray said in a petition.