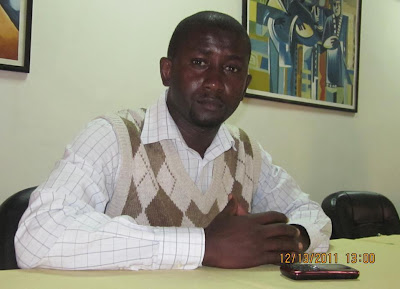 The deputy editor of the privately-own tri-weekly newspaper, The Daily News has been released without charge after his appearance at the Special Criminal Division of the High Court on Monday, June 25.

The Judge accused Mr. Njie of false reporting in an article titled "High Court Turns Down Bail Request for GRA 4". He subsequently ordered for Mr. Njie’s arrest and court appearance for a possible charge on “contempt of court.”

He was released on Monday without charge but not until he told the court he among other things that the said publication was a mistake on his part. ”I must first of all apologies to the court for my mistake,” he said.
When the judge asked him to tell the court where he got his information, Mr. Njie said from Gambia TV’s eight o’clock news report. However, he fall short of mentioning his source in the story deemed false by the court.

Judge Nkea noted it is not his duty to teach the journalist his profession but said there is need for the journalist to be responsible. “It is not what you think or believe, but write the truth,” he cautions.

Nkea told the court that he was not convinced by Njie’s explanation, though he will tamper justice with mercy and forgives him.

But not until he issued what our reporter described as a “stern warning” to all court reporters to properly check their facts and if the need arises they should consult the court records of proceeding.

This, he said, will enable them get the facts rights and avoid publishing wrong information.

Court proceedings are sacrosanct and not a joke, the press should record what happen in court not base their reports on their thinking.

“I will like to give this warning to all court reporters including GRTS to always confirm their reports by consulting court files or records,” he said. “What Lamin Njie wrote was very serious and he cannot even verify his source, if the issue is taken against him he will not be able to get out of it.”

The court room was packed with journalists, among them, media chiefs, journalists leaders, reporters, relatives and friends of Mr. Njie, who spent three nights in Mile II, before his release on Monday.

Source: The Voice Newspaper
Posted by Modou S. Joof at 13:35