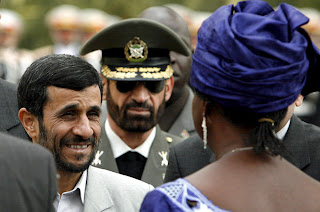 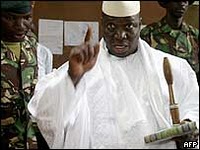 Diplomatic relations between Banjul and Tehran has broken down and all Iranian nationals representing the interest of the Government of the Islamic Republic of Iran in The Gambia have been asked to leave The Gambia within forty-eight (48) hours, according to a statement from Gambia’s Ministry of Foreign Affairs on Monday. 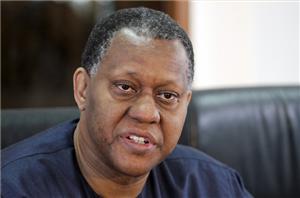 However, there were no reports as to why diplomacy between the two countries came too soon to an end. The two nations have come under ardent media scrutiny of late, following the interception by Nigerian officials, of a shipment of arms from Iran destined to The Gambia.

This Day, an online publication in Nigeria reported last week that Nigeria’s Foreign Affairs Minister Odein Ajumogobia denies being pressurized by Western nations to report its seizure of arms shipment from Iran to the United Nations’s Security Council.

A France-based shipping company (CMA CGM), which transported the shipment said it was hidden in containers labeled ‘building materials’ and attempts where made to send them to Gambia before Nigerian police seize them, This Day reported on November 18, 2010.

According to  Aljazeera.net, both nations have been ostracised internationally, with Iran under sanctions for its nuclear programme and Gambia accused of rights abuses, the two nations have repeatedly declared their support for each other.

Mahmoud Ahmadinejad, the Iranian president  said in 2006 that both nations were under pressure from "bullying" powers while Gambia has supported Iran's right to develop its nuclear capabilities.
Ahmadinejad paid a visit to the country in November 2009 to cement ties.

The two countries were mentioned in conjunction last week when Nigeria reported the discovery of an illegal arms shipment from Iran, including rockets and grenades, to the UN Security Council.

"Iran, under four sets of UN sanctions over its disputed nuclear programme including a ban on arms sales, said the shipment was by a private company and was on its way to a west African country, later named as Gambia," Aljazeera said on Monday.

Fingers at the US

On Tuesday 23 November 2010, the BBC reported on Focus on Africa that Mahmud Ahmadinejad accused the United States of putting pressure on The gambia Government to break ties with Iran.
Posted by Modou S. Joof at 22:26