The Public Relation Officer National Drug Enforcement Agency (NDEA) Mr. Abdoulie Ceesay has said that the Narcotic Court in Banjul is overburdened with a backlog of drug cases, while the prison is filled-up with drug inmates and trial prisoners.
One of the main objectives of imprisonment is to reform and rehabilitate offenders to become better persons in society after serving their jail terms, however, Mr. Ceesay admitted that most of the time, this objective may be defeated.
He was presenting a paper on “The Impact of Drug Abuse in The Gambia” during a-May 26 training for 30 participants on “peace building and crime prevention”. The training was organised by the Youth Crime Watch in cooperation with the US embassy in Banjul, The Gambia.
The NDEA spokesperson said the negative impacts of drugs in some sectors in The Gambia are education, were students using drugs avoid attending classes and as a result attendance rates and performance dwindle, while school dropouts increase.
He said that young people involved in the drug business are carried away by the “get-rich quick” believe; they avoid school and end up as uneducated, unskilled, unemployed and unproductive citizens. 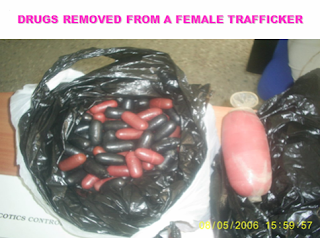 According to him, these people often become a “burden” and “liability” to their families, the community and the state.
The statistics on drug seizures in The Gambia show 323 cases of Cannabis Sativa from January – December 2010 which forms 90 percent of the overall seizure of drugs registered for the year under review, including all other types of drugs seized.
Out of these 323 cases, 36 percent involves youths between the ages of 13-25 years.
Thus, Mr. Ceesay note that the number of young people arrested in connection with cannabis abuse is increasing at an “alarming rate” which raises a great cause for concern.
Cannabis seizure
He revealed that 352 Gambians; 13 Senegalese; 3 Malians; 1 Nigerian and 2 Guineans (Conakry) were arrested last year in connections to dealing in cannabis.
On arrests relating to Cocaine, he said 9 Gambians, 14 Nigerians, 1 Cameroonian, 1 Estonian, 1 Bissau Guinean, 1 Ghanaian, 3 Deutsch nationals, 1 Mexican, 1 Swedish, and 5 Venezuelans were arrested.
On June 4, 2010 the Drug Agency registered its biggest drug seizure of cocaine, amounting to more than 2 two Tons (worth more than 1 billion dollars) at a warehouse at Bonto village in the West Coast Region of The Gambia. 7 South Americans, 1 European and 1 African were arrested in connection with this catch.
Another significant seizure was more than one Ton of Cannabis Sativa which was seized at Seewol Village, West Coast Region near the boarder with the Southern Region of Senegal (Cassamance) on 25th August 2010.
The cannabis, he said was destined to the most densely populated area in the country, the Greater Banjul, and the seizure drastically reduced the supply trend in this region, automatically reducing the demand in the market for both whole sale and retail. 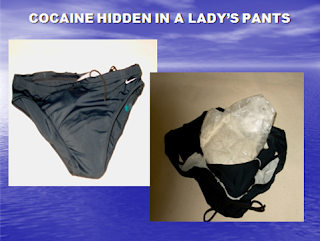 Causes
In The Gambia it is of no doubt that youths are mostly involve in drug abuse. This, he said could be associated with many factors, some of which are the production and cultivation of cannabis sativa and the storage of Cocaine in and around countries sharing borders with The Gambia.
He blames the influence of foreign drug barons and traffickers who use The Gambia as a base or transit points; Ignoring warning signs which results to failure of not addressing drug related problems at the right time or moment.
The NDEA spokesperson added that mmisinformation about drug use also adds to the causes leading to drug abuse in the country. However, he did not loose sight of the continuous widened and porous borders between The Gambia and her neighbours, whom he alleges sometimes facilitates the smuggling of these substances into The Gambia.
“The Rastafarian influence as role models to our youths leads to peer pressures. Cannabis Sativa is a cheap and affordable drug compared to other kinds of drugs like cocaine, heroin which are expensive and difficult to maintained,” he said. 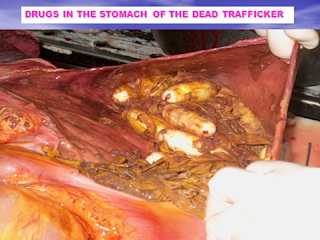 Impact
According to him drug-related health problems are increases the burden on the healthcare system, the disruption on families and the society is being multiplied and magnified in poor countries like The Gambia.
Resources offering treatment are available but insufficient, and rehabilitation facilities are not available.  Most drug-related Psychiatric admissions in The Gambia are cannabis-related.
In fact, he said: “Some farmers are diverting from farming casual crops that they were known for years by engaging in Cannabis cultivation because they belief they can earn more money by cultivating cannabis.”
He also noted that crimes like robbery, rape, murder committed by youths are fuel by drugs, making them loose their traditional values and replacing them with “imported false-values”. 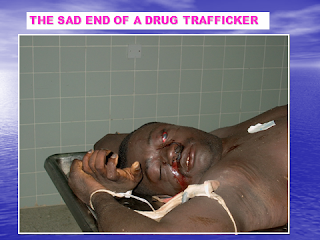 Gov’t. Stance
He said the Government of The Gambia has taken bold steps in the fight against the drug menace and drug-related crimes, by strengthening its drug laws in other to make it more stringent and stiff to discourage drug cartels or barons who intend to abuse the hospitality, peace and tranquility of The Gambia.
The Agency was set up in 2005 as an autonomous security outfit in The Gambia responsible for the implementation of the Drug Control Act 2003. source – The Voice
Posted by Modou S. Joof at 22:02