Still in the dark is Africell’s 3G, whose hype has been in the air ever since the company disclosed almost a year or more ago that it was going to bring to the doorstep of Gambians a third generation technology of a standard “3G with a difference” that never was in The Gambia’s GSM industry. As the so-called leading GSM company that is known for its customer mesmerizing ability, when Africell made such a declaration of bringing into The Gambia a 3G with a difference, the whole nation bought it all. However, the 3G with a difference promised by Africell to have been on steam by now is yet to see the light of day.
Since the launching of the first 3G in The Gambia, which has raised the bar in terms of technology in the country’s GSM industry, other companies in the country have also made efforts to secure 3G licence to operate on the latest technology in the telecommunications industry.
In 2010, Africell announced that it had secured a 3G licence from the Gambia government to operate on a third generation platform, but up to the time of preparing this report the company’s subscribers are still waiting anxiously to see and enjoy the third generation technology and it related benefits promised them by their company.
The typical services associated with 3G, which is the third generation of mobile phone technology that has succeeded 2G, include wireless voice telephony and broadband wireless data, all in mobile environment. The 3G technology also allows network operators to provide users a bigger range of the latest services, including video call. 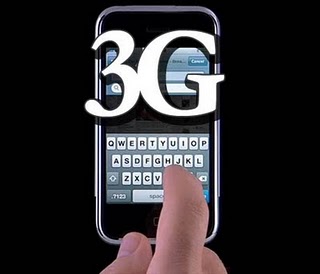 Earlier on, in 2010, Papa Leigh, Africell’s director of public relations, told this magazine the government has granted them a 3G licence.
The resourceful public relations director had this to say about Africell’s 3G technology that is yet to see the light of day:“We have procured some of the materials; they are already here (in the country), we have started putting it up, although we are having some [components or parts] that are yet to arrive. Hopefully very soon everything will be up and running and then every Africell subscriber will be able to have a data on your phone and I can tell you that our 3G is a 3G with a difference, different from what you have been seeing in the country.”
He added that their initial plan was to launch it in September 2010, but due to changes in specifications and details; they have experienced a slight delay.
It’s almost one year now since the cancellation of the first proposed date for launching the technology, up to now the company has never proposed a date for launching it which give many people that the claimed biggest GSM company, in terms of subscriber base, is just playing another strategy to retain their customers who may be wanting to enjoy the facilities of 3G from another operator.
The company claimed that over the past ten years, everything that they do has been different, it has been big.
The officials of the company use to boost of the fact that they are the best GSM company in the country that is why they have been winning the GCCI Award of the ‘Telecommunications Company of the Year’.  However, many people are raising eyebrow about the authenticity of the award because of the fact that often times Africell use to be the major sponsor of the award ceremony over the years and most of these years they always emerged as a winner.
The development of 3G by Africell is crucial to the company’s future success as call traffic continues to increase.  Gambia’s telecoms market is now very dynamic and undergoing rapid transformation.  Previously people were just interested in making call but now it has gone beyond that, therefore the introduction of a 3G is a necessity.
However, many people had said the claimed by Africell that they are bringing in 3G is a reaction to the introduction of 3G by QCell, the first company to introduced 3G in the country which is said to raised the bar for other GSM companies like them to follow, and the company (QCell) is also seen as the major competitor to Africell.  But officials of Africell said 3G is no longer something that one can use to “boast around”, which may be referring to hype by QCell’s 3G.
Peter Braima, senior media supervisor of Africell said over the years, they  have never acted or reacted purposely because of competition.  He said the driving force of the company, primary factor for anything that “we developed or anything that we do is the subscribers, if the subscribers want it we will give it to them it does not matter who have it or who does not have it”.
Amie Cisse, a marketing officer of QCell, the first company to introduce 3G in the country has earlier on said “other GSM operators are also in the process of introducing 3G standards because they want to peer up”.
But Mr Braima said Africell’s brining of 3G is “timely”.  “We are not the first but I think we are bringing it at the better time because it’s out of demand not just the fact that we want to show off, we operate on what the customers’ need and I think this is why we want to bring for them the best technology.  It is not driven by anybody it is driven mainly by what the customers want and the customers have clearly told us that this is what they want, and how they want it and what we are brining nobody has it.”
“We are coming with the latest 3G, we know there is 3G in the Gambia, but we have gone to the extra mile to invest in the latest 3G technology so Africell is bringing the highest technology in the country,” he added.
It has taken longer than necessary for Africell to bring what “no one has” in the GSM industry even though they claimed that they are not just looking to make name but solely base on the customers’ want.  Many
Africell subscribers told this Magazine that it would have been better if the company bring in a 3G that may be comparable to the ones already in the country with some basic 3G features rather than trying to bring in “the best” that no one else has but is also taking the company longer time than any other company.
The fact is that upgrading to 3G is very costly and this reporter understands that to upgrade from 2G to 3G, mobile operator has to make “evolutionary” upgrading to existing networks while simultaneously planning their “revolutionary” new mobile broadband networks.
The time difference between when Gamtel and Africell was issued a 3G license is not long, the Marketplace understands, but Gamtel has launched its 3G since January, this year while Africell is yet to said anything about launching it.
Some concerned customers of the company said “it will not be a surprise any more if the company should bring in any technology higher than 3G as it has taken long time now, but the company said they announced their issuance of the 3G license early because “we are very transparent with whatever we do”.
The company’s media supervisor said they are “getting ready to actually launch the 3G” but notwithstanding he has not said when it will be launched as the first proposed date has failed.
Source: http://gambianewsonline.blogspot.com/2011/06/africells-3g-still-in-limbo.html
Posted by Modou S. Joof at 10:17