The Gambia: Arresting and Detaining Court Reporters Damages Public Trust in the Judiciary 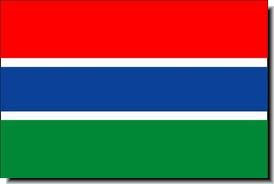 ARTICLE 19 is concerned about the arbitrary arrest and detention of three Gambian journalists who were investigated for alleged contempt of court.
These actions against journalists reporting on court cases prevented them from informing the public about the work of the judiciary.
ARTICLE 19 calls on the Gambian authorities to provide remedies for the violations of the journalists’ rights to liberty and freedom of expression and to ensure that the media is free to report legal proceedings in the public interest.
In June and July 2012 three Gambian journalists were arrested and investigated for alleged contempt of court.
ARTICLE 19 considers that the arrests of the three journalists were arbitrary and violated the journalists’ rights to liberty and to freedom of expression.

The right to liberty, as guaranteed by Article 9(1) of the International Covenant on Civil and Political Rights (ICCPR), ratified by The Gambia in 1979, and Article 6 of the African Charter on Human, and Peoples’ Rights (ACHPR) protects individuals against arbitrary arrest and detention. According to international law, individuals can only be arrested on reasonable suspicion of committing an offence, where reasonably necessary to prevent the commission of an offence or to prevent fleeing after the commission of an offence. Article 10 of the ICCPR and Article 5 of the ACHPR protect the right of a detained person to be treated with humanity and dignity. Arbitrary detentions often lead to inhuman and degrading treatment of detained persons or to coerced confessions.

In the cases of Adiamoh and Njie, the arrest orders were arbitrary. ARTICLE 19 considers that the purpose of the arrests and subsequent detentions was not to pursue due criminal process but to intimidate and threaten them. Both journalists were detained for several days before they were eventually brought before court when no criminal charges were pursued against them and the alleged ‘investigations’ terminated. Article 9(5) of the ICCPR provides that anyone who has been the victim of unlawful arrest or detention shall have an enforceable right to compensation.

The role of the press as a public watchdog in a transparent democracy is critical as a public service to provide individuals and society with the information required to allow them to develop opinions. Therefore, journalistic freedom of expression should be afforded the broadest scope of protection.  ARTICLE 19 also recalls that the right to freedom of expression protects not only expressions and ideas that are favourably received but also those that offend, shock or disturb the State or any section of society.

International law requires that any restriction to the right to freedom of expression is (a) provided by law, (b) proven as necessary and legitimate to protect the rights or reputations of others, national security or public order, public health or morals and (c) is the least restrictive and most proportionate means to achieve the purported aim, Moreover, the Special Rapporteur on the Promotion and Protection of the Right to Freedom of Opinion and Expression highlights that laws restricting freedom of expression must not be applied in an arbitrary manner.

The investigations of the journalists for alleged contempt of court did not fulfil a pressing social need: indeed, in the case of Adiamoh and Nije, the investigations were terminated after their arrest and detention and no criminal charges were pursued. ARTICLE 19 considers that the arrests had the sole purpose and intent of interrupting the journalists’ ability to report on matters which the Judge found controversial or unpalatable.

Furthermore, the investigations – even if legitimate - did not require the arrest or detention of the journalists. The investigations could have been undertaken without interfering with the day-to-day ability of the journalists to report on matters of public interest. These short term detentions have a chilling effect on freedom of expression, heighten the climate of intimidation and inhibit journalists from reporting on legitimate matters of public interest related to the functioning of the judiciary and national courts.

Finally, ARTICLE 19 reaffirms that disproportionate financial sanctions against journalists can paralyze journalistic investigation and further contribute to an atmosphere of intimidation. The fine of $3,215 US imposed on Adiamoh is disproportionate in view of the income of the journalist and his apology published before the trial. This level of fine reinforces the chilling effect on media freedom.

ARTICLE 19 calls on the authorities in The Gambia: