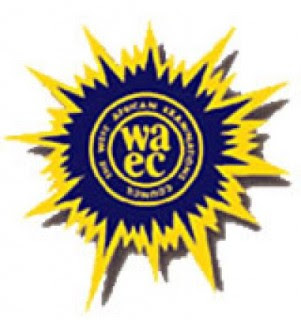 The Banjul-based office the sub-regional educational body, the West African Examinations Council (WAEC) has made public the results from the May-June 2012 West African Senior School Certificate Examinations (WASSCE).
WAEC said a total of 7847 candidates from 66 Senior Secondary Schools registered for the examination, of which 4226 (53.85%) were male and 3621 (46.15%) female.

In its Tuesday’s statement, WAEC revealed male candidates dominates their female counterparts in 26 of the 31 subjects registered by both categories of candidates.

Overall, Gambian students registered in 32 subjects in the 2012 WASSCE, including English Language, Mathematics and a host of Science, Arts, Commerce, and Technical Subjects.

“Out of the 32 subjects, the performance of candidates improved in 26 subjects when compared to performance in the previous year,” the Council said. “However, performance regressed this year in six (6) subjects which included Economics, Literature-in-English and Further Mathematics.”

“There has been a marked improvement in the percentage obtaining the minimum requirement for university entrance,” WAEC said.

The decision followed allegations of cheating in one of the upper basic (junior) schools in rural Gambia.

At Nyoro Jataba Upper Basic School, in the Lower River Region the Education Directorate in the regional capital, Mansakonko, confirmed that the “security bag” containing the question papers was tempered with.

“The lock of the door was damaged and when the bag was opened, one of the envelopes containing 50 question papers was opened and two copies of the question papers were missing,” the Daily Observer quoted Mr.  Pateh Bah, the head of the WAEC Gambia Office to have said.

A May 13 statement said: “The West African Examinations Council, Banjul office therefore enjoins the public once again, as it has done on many fora before, to give their support in rooting out examination mal-practices from our society.”

Meanwhile, the results of Gambia Basic Education Certificate Examination (GABECE) are expected to be out in early September 2012, as has been the case in preceding years.