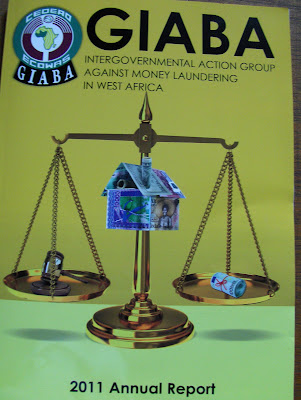 Considerable efforts to deal with money laundering and terrorism financing (ML/TF) in West Africa at the national, regional and the international levels, have been inhibited by several challenges, according to the Inter-Governmental Action Group Against Money Laundering (GIABA).

These challenges include: legal and constitutional challenges; lack of proper autonomy of some regulatory and enforcement institutions, along with budgetary constraint; equipment and logistics problem; and absence of robust national ML/TF strategies.

It said where national AM/TF strategies exist, they are yet to be approved or implemented. The sub region is also challenged by non functional inter-ministerial committees to coordinate efforts at the national level and ensure synergy; and weak strategic and operational cooperation at the regional and international levels.

In its latest report, GIABA said the major predicate crimes that generate funds for laundering in the West Africa as reported by the authorities across the region are corruption, fraud (general/advance fee/tax /bank), abuse of trust using forged documents, drug trafficking; smuggling of precious metals/stones; capital market-related crimes and cyber crimes.

However, in the face of these challenges, GIABA said it has redirected its attention to making member States more responsive in programme ownership with regard to design, planning and implementation.

In the end, competencies need to be developed at the three levels: operational, tactical and strategic, it said but warn that a clear political direction that creates a favorable atmosphere for dealing with ML/TF must be provided for any meaningful action to be carried out by operational stakeholders.

“The sector that features as most used for ML is real estate, followed by the misuse of banks and the movement of cash across borders,” said GIABA, a financial action task force-styled regional body (FASRB). “Others are the abuse of designated non-financial businesses and professions (DNFBPs), misuse of the insurance and microfinance sectors, the stocks and securities market, casinos and other gambling or games sectors.”

The GIABA 2011 Report noted that the facilitating factors are the vulnerabilities of the States rather than the size of the threats.

Regard terrorism and terrorism financing, in 2011, the sub-region has had to content with a number of challenges, including the “ubiquitous presence of al Qaeda in the Islamic Maghreb (AQIM), the fallouts of the Libyan conflict in terms of the flow of weapons, fighters, and possibly cross-border movement of sizeable returnee mercenaries who have considerable fighting experience.”

GIABA lamented that the “Boko Haram” phenomenon in Nigeria has been a baffling menace, particularly with the increasing sophistication of their attacks and the growing confidence and ease with which such attacks were conducted.

ML/TF compliance remains very much a work in progress in the sub-regional economic bloc of the Economic Community of West African States (ECOWAS).

“…and the effort reported below and the gap identified should been seen in this context,” the bloc’s anti-money laundering agency said.