Ethiopia: Conviction of journalist on terror charges is a miscarriage of justice 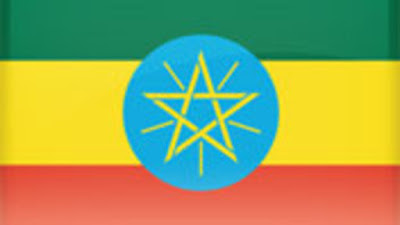 ARTICLE 19 is saddened by the conviction of 24 Ethiopians, including Eskinder Nega, a prominent journalist and blogger, who had been charged with conspiring with rebels to overthrow the government.

Nega along with 23 others including opposition politician Andulalem Arage were charged last year, most of them in absentia, under the anti-terrorism law with six counts including conspiracy to dismantle the constitutional order, recruitment and training for terror acts and aiding Ethiopia’s arch foe, Eritrea as well as belonging to a terrorism group, ‘Ginbo 7’ that aimed at disrupting security.

“The situation in Ethiopia is getting worse by the day since this is the third case in six months whereby a journalist has been jailed. The government is clearly using the anti-terrorism law to stifle freedom of expression and clamp down on opposition figures and journalists in Ethiopia,” said Henry Maina, ARTICLE 19 East Africa Director.

In the conviction, Nega was accused of abusing his right to freedom of speech by threatening national security. Further, he and Arage were accused of using examples taken from the Arab Spring uprisings in the media to promote anti-government protest in Ethiopia.

Under the anti-terrorism legislation, the defendants face the death sentence, but the prosecutor recommended life sentences for the 24 and sentencing is expected on 13 July. In February this year, two journalists were each jailed for 14 years on similar charges and in December 2011, two Swedish newsmen were imprisoned for 11 years each convicted of entering the country illegally and aiding a rebel group.

Since the promulgation of Ethiopia’s anti-terrorism law in 2009, ARTICLE 19 has continued to voice its opposition since the law is overly broad, ambiguous and deprives defendants of the right to be presumed innocent. The legislation undermines international guarantees of freedom of expression especially through its broad definition of terrorism, which has been applied in these cases.
ARTICLE 19 calls for the review of the anti-terrorism legislation to ensure it conforms to internationally acceptable limitations of the right to freedom of expression, and not to be illegitimately used to stifle legitimate forms of expression as has been seen in this case.

ARTICLE 19 also calls upon the government to stop intimidating journalists and human rights defenders in Ethiopia and provide them with an enabling environment to operate in accordance with its obligations under international law including upholding the rights to freedom of association, freedom of expression and freedom of peaceful assembly.