Mumia still on death row, but executions of journalists on the wane 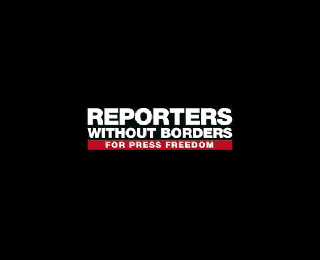 Mumia still on death row, but executions of journalists on the wane

The charges of “subversion,” “endangering state security” and even “apostasy” can be used in some countries to convict and execute someone who has criticized the government, made fun of a leader in a cartoon or just covered a highly sensitive subject.
Around 10 people, mostly bloggers and netizens, are awaiting execution or are facing the possibility of a death sentence in Iran and Vietnam. What will become of Vahid Asghari, 25, who has been jailed since 2008 in Tehran and who was sentenced to death on a date that was never made public?

As well as a negation of justice, capital punishment is also a deadly threat that encourages self-censorship. China, which leads the world in executions, has no fewer than 55 capital offences of which three are direct threats to freedom of expression: “endangering public security,” “instigating the country’s division” and “divulging state secrets.”

In Uganda, the imprisoned journalists Augustine Okello and Patrick Otim are still waiting to know whether the charges of subversion and treason that have been brought against them will cost them their lives. Abdelrahman Adam, a Sudanese radio journalist who has been held since October 2010 on a charge of violating state secrets, is in the same situation.

Nonetheless, the number of journalists being sentenced to death is declining. Even in Iran, which ranks second in the world in the number of executions, death sentences are being commuted or quashed. Capital punishment neither deters crimes nor compensates for the damage caused. Still less can it destroy the inalienable right to inform, question and speak out.
Of the few journalists actually under sentence of death, the one who has been in the situation longest has become a symbol of the campaign for abolition. He is not an Iranian, Vietnamese or Sudanese. He is a citizen of the United States. Sentenced to die for the murder of a policeman at the end of a trial marked by irregularities and racism, Mumia Abu-Jamal will soon complete his 30th year on death row.

Would he have suffered the same fate if he had not been what he called the “Voice of the Voiceless,” a voice that still makes itself heard from his cell (http://mumiabujamal.com/ site/index.php)? Would he still today be the victim of judicial persecution by a Pennsylvania district attorney, who is trying to block a new sentencing hearing?

Thirty years on death row is a long time. But 30 years since France abolished the death penalty and scrapped the guillotine is not. The coincidence reinforces the symbolism. All the more reason to insist that, after Troy Davis’ execution, Mumia Abu-Jamal is not subjected to judicial murder too, RSF and ECPM said on October 10, 2011.

Outcome already decided in trial of Swedish journalists?
Reporters Without Borders will pay close attention to the trial of Swedish journalists Martin Schibbye and Johan Persson, which has begun on October 18, in Addis Ababa. Arrested on 1 July after illegally entering the south Eastern Ogaden region from Somalia, they are charged with terrorist activities and violating Ethiopia’s immigration laws.

The terrorism charges are completely unfounded as Schibbye and Persson were just doing their jobs as journalists, the press freedom organization said on Wednesday.

“Prime Minister Meles Zenawi’s claim in a recent interview for the Norwegian newspaper Aftenposten that they were acting as the ‘messengers of a terrorist organization’ does not bode well,” Reporters Without Borders said. “Has the outcome of the trial already been decided by the government? Asks the press freedom organization. RSF would like to urge the Ethiopian government to reconsider its expansive application of the anti-terrorism law to try local and foreign journalists. We also urge the Swedish authorities to give this case the importance it deserves and the European Union should also take an interest and use its relationship with Ethiopia to help find an acceptable outcome.”

Schibbye, a reporter, and Persson, a photographer, were arrested upon entering the Ogaden region with members of the Ogaden National Liberation Front (ONLF), an armed separatist group branded a terrorist organization by the Ethiopian government, with the aim of covering human rights abuses in the region for the Kontinent news agency.

Immediately after their arrest, Swedish foreign minister Carl Bildt criticized them for entering an area for which his ministry had issued a travel warning. The ministry’s subsequent silence on the subject of their arrest has been heavily criticized by national and international news media and journalists’ organizations.

Schibbye and Persson were not accompanied by a lawyer when they were formally charged on 6 September. If convicted, they could face the possibility of life imprisonment, RSF lamented.