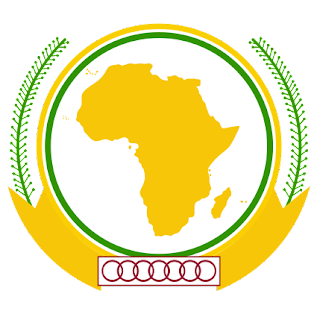 The African Union (AU) on Friday kick started a three day consultation workshop in Banjul, focusing on how to implement and monitor the Human Rights Strategy for Africa (HRSA).
It is part of efforts to strengthen the African human rights system, to deepen the culture of democracy and to ensure the promotion of human rights on the continent. The experts are expected to develop a roadmap for the implementation of the action plan of the HRSA.
The meeting is being attended by representatives from AU organs with a human rights mandate, regional courts and tribunals, national human rights institutions (NHRI), partners and civil society.


The HRSA was adopted by the organs of the African Union, courts and tribunals in April 2011in Banjul, the capital city of The Gambia. The strategy, through its five (5) year action plan, seeks to address challenges of the African human rights system.
Based on those challenges, the strategy has the following objectives: “Enhance policy, programmes and institutional coordination of the multiplicity of human rights initiatives on the continent.”

Among the other existing initiatives are the 1963 Charter of the Organisation of African Unity, the African Charter on Human and People’s Rights; the Constitutive Act of the African Union, the African Charter on Democracy Elections and Governance and other global human rights initiatives established by the United Nations. The Human Rights Strategy for Africa seeks to adopt a comprehensive and coordinated approach to all these collective human rights mandates.
It is also expected to strengthen the capacity of human rights institutions at national, regional and continental levels; Accelerate ratification, domestication and effective implementation of human rights instruments; Increase promotion and popularisation of African human rights norms

Addressing the experts at the opening ceremony, Dr Mamadou Dia, Head of the Division of Democracy, Governance, Human Rights and Elections at the AU Commission, recalled that the HRSA and its action plan had received wide input and consultation from key stakeholders over a fiver year period, starting with a meeting in Bahar Dar Ethiopia in 2006, Arusha Tanzania in 2009 and Banjul in 2010 and 2011.

In addition to coming up with a roadmap on the implementation of the human rights strategy, he said the forum will also allow AU organs, regional courts and tribunals, national human rights commissions and civil society organisations to be part of the activities related to the Year of Shared Values (2012).

The workshop is running concurrently with another initiative of the African Union on human rights - a forum of non-governmental organizations, which aims to enable them to participate effectively in the upcoming 50th Ordinary Session of the African Commission on Human and People’s rights, which will open in Banjul on 24th October. Both workshops will feed in to the Ordinary Session of the ACHPR.