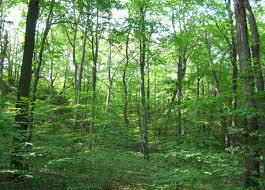 The Gambia-Government will receive a “silver award” during a ceremony which celebrates the most inspiring, innovative and influential forest policies worldwide on September 21 at the United Nations Headquarters in New York, the Minister of Forestry said on Wednesday.
His comments, made at the opening of a three-day validation of the Gambia National Portfolio Formulation Exercise (NPFE) for the Global Environment Facility (GEF), came one week after the announcement by the World Future Council, an international policy research organization that provides decision makers with effective policy solutions, that the Gambia and five other countries have been shortlisted for this year’s future policy awards.
“The Gambia will be awarded a silver medal for its sound legislative environment management policy,” Mr Jatto Sillah said on august 17, while noting that the President of The Gambia, Yahya Jammeh has been invited as a special guest and will receive the award on behalf of the country (for the best forest policy award) when he attend the UN World General Assembly in New York, USA.
Forest policies from Bhutan, Nepal, Rwanda, Switzerland and the USA are also part of the shortlist. The World Future Council said “the three winning policies which most effectively contribute to the conservation and sustainable development of forests for the benefit of current and future generations will be announced on 21 September 2011”.
Factsheet
The World Future Council said “The Gambia: Community Forest Policy, initiated in 1995"
is an innovative success. It aims to achieve sustainable forest management and poverty alleviation by handing control of forests to the communities that use them.
“Despite being one of the world's poorest countries with a rapidly growing population, Gambia has managed to buck a strong deforestation trend in the Western and Central African region by showing a net increase in forest cover of 8.5 percent over the last two decades,” it noted.
“Using a phased approach, the policy includes a far reaching tenure transition of forest land from state ownership to permanent ownership by communities (which currently stands at 12 percent of forest lands). The policy has also achieved a reduction in illegal logging and the incidence of forest fires in community forest areas as well as contributing to the development of new markets for branch wood and other forest products which benefit women and rural populations economically.”
The Future Policy Award celebrates the world’s most exemplary national policies that create better living conditions for current and future generations and that produce practical and tangible results. The award’s theme, in which policy progress is particularly urgent, is chosen on an annual basis.
As 2011 has been declared the International Year of Forests by the United Nations, this year’s focus is on forests with the theme “Forests for People”, to raise awareness of the multiple values of forests and highlight success stories and challenges faced by many of the world’s forests and the people who depend on them.
The awards will be hosted by the World Future Council, the United Nations Forum on Forests (UNFF) Secretariat, the Secretariat of the United Nations Convention on Biological Diversity (CBD), the Food and Agriculture Organization of the United Nations (FAO) and the Wildlife Conservation Society.
·         Author: Modou S. Joof for The Voice Newspaper
Posted by Modou S. Joof at 18:10