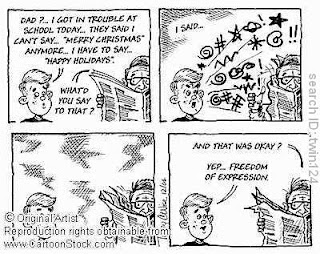 In our second part of a flashback of the national youth conference and festival (NaYCONF 2008), with this year’s event due to kick-off on December 16 in the Kanifing Municipality, The Voice Newspaper’s News Editor Modou S. Joof delve into more critical issues raised by parties to the NaYCONF 2008 held at the countryside town of Farafenni in the North Bank Region of The Gambia.
Delegates disgruntled
On December 28, 2008, The NaYCONF Daily, a daily newsletter published by the NaYCONF Media Sub-committee reported that delegates attending the 2008 NaYCONF expressed dissatisfaction with the progress made on the Resolution of the 2006 NaYCONF held in Brikama, Western Region of The Gambia.
The disgruntlement followed a report presented by Alhagie Kebbeh, Chairperson of The Gambia National Youth Council (NYC) on the ‘State of on the Resolution’ that emerged from the event held in Brikama two years earlier.

Based on the presentation, the delegates concluded that it is very unimpressive and even noted that they would prefer a representative from The Gambia Government to give them more details on how far they have gone in implementing the 2006 Resolution.
“It is up to the Conference to call on the government to dilate more on the progress made on the resolution,” The NaYCONF Daily quoted Mr. Kebbeh to have said in reaction to the disgruntled delegates’ position.
Mustapha Kebbeh, a member of the Conference Sub-committee and former NYC Chair said the NYC is not to blame as it has been occupied by events different from those surrounding the previous NaYCONF.
“The Farafenni Youth Centre was achieved in pursuance of the 2006 recommendations under Revitalized youth counseling on HIV/AIDS, Reproduction health, Early and unwanted pregnancy,” he said with regards to the progress gained, while lamenting that the NYC lacks the mechanism to inculcate all the achievements regarding the 2006 event into one document.
However, Lamin J. Gassama, Vice Chairperson of the Western Region Youth Committee said the only thing youths are agitating for is “’change’, arguing that they have not been given self-governance and democracy to achieve such change.
Child’s Perspective
A child delegate, Omar Cham challenged the NYC to integrate children in its activities in order to give them the courage to become responsible leaders in the future. “Since the commencement of the Conference, nothing was mention about children who will be taking up responsibilities in the future,” Cham said during the second day of the four-day conference of delegates.
Though the director of youth and sports Malang Jassey defended the government, while noting that there was in fact progress made on the 2006 resolution, which included the establishment of GAMJOBS; Njundu Drammeh, National Coordinator of the Child Protection Alliance sums it all as chair of the session when he said: “What we have learnt from the debate was the poor coordination in the implementation of the 2006 NaYCONF Resolution by the NYC.”
NYC wants to move out of the Stadium
Many a times, little has been noted that a national institution as big as the National Youth Council (NYC) was and still housed at the Independence Stadium. Given the need to own a secretariat, the NYC Chair Alhagie Kebbeh speaking at the opening of the 2008 NaYCONF, appealed to The Gambia Government to allocate the NYC a plot of land for the construction of a Secretariat.
“Given the challenges faced by the youths in the labour market, I would also like to solicit assistance for the construction of youth hostels in the administrative regions to be managed by youths for sustainable development,” Kebbeh said, while adding that the lack of enough vehicles is also another constraint of the NYC.
If the above issues are addressed, it will enable them to effectively carryout their duties, he said.
Freedom of expression muzzled
Back to the Conference Component of NaYCONF 2008, the Western Region (WR) delegates expressed dissatisfaction for what they called ‘unfair’ treatment from some of the facilitators of the Conference Sessions.
As the 2008 NaYCONF Daily reported, WR delegates alleged that they are being deprived from expressing their opinions as contributions. “Even if we are allowed to speak, we will be cut-off even if we do not complete our words,” the concern delegates who stormed the newsroom of the newsletter lamented.
WR’s Vice Chair Lamin J. Gassama underscored numerous importances in the conference aspect of the youth gathering, but noted that it can only be vital if parties are given the chance to speak out their minds. “This is not a workshop where we can come only to talk and leave without agreeing on any tangible terms,” he said.
Lamin Saidy, also from WR said on the third day of the conference after the Secretary of State for Interior presented a Ministerial Intervention in which he elaborated his department’s mandate and commitment to the youths. Saidy lamented that after the presentation, the Moderator clearly stated that those who have been participating in the biennial event since its inception will not be given the chance to ask questions or comment.
“Instead of exploiting the session, the moderator clearly states that those who have been participating since the inception of the conference will not be given the chance to talk,” Saidy told the NaYCONF Daily. Others from Lower River Region (LRR), Kanifing Municipality (KM) and Lamin Darboe, Secretary General of the Local Organising Committee all condemned the act, while Lamin Camara, Head of the Conference Sub-committee promised that the issue will be addressed, but noted that all delegates cannot have a 100 percent satisfaction in expressing themselves. 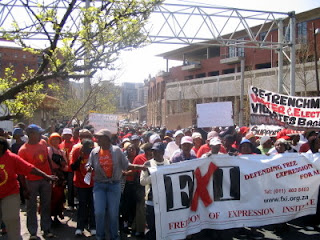 NaYCONF Daily editorial stance on freedom of expression
In reaction to the concerns of some of the delegates on the curtailment of their freedom of expression, the 2008 NaYCONF Daily newsletter sternly stated that: “Freedom of speech or expression is a fundamental human right. This right should not be compromised or violated by any individual or institution.”
The newsletter hails those who have stormed its newsroom complaining of being deprived of their rights to express themselves freely during the conference component of the NaYCONF.
“To speak is to chatter words. To speak out what is right is a development. But to ignore what is right and deprive those speaking it, is a crime against the human right of freedom of speech and expression,” the newsletter stressed on December 22, 2008, a day after delegates stormed its newsroom.
No development without youths
“No development can take place in any country without the involvement of youths,” the representative of the Resident Coordinator of the United Nations System in The Gambia said. Based on this background, Mrs. Limya Eltayeb said the UNDP was at the time supporting 21 Gambian youths involved in business training as well as a number of institutions in the country. 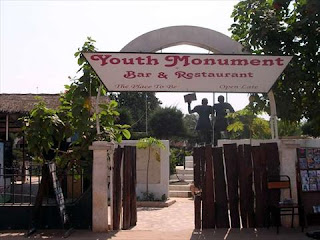 Youth Monument ownership claims
As if the above was an interlude to quell the heat of the conference, the delegates from the KM demanded that the Youth Monument Bar and Restaurant situated at West Field Junction in Serrekunda should be operated by young people under the NYC.
The demand which emerged during discussions centered on the 2006 NaYCONF Resolution left the delegates complaining that the name of the restaurant is meant to baffle young people and it doesn’t positively represent the young people in The Gambia, as they are not gaining anything from the proceeds.
However, NYC Chairperson Alhagie Kebbeh noted that the restaurant only derives its name from the Youth Monument that was unveiled at West Field Junction, that the area is a property, fully under the Kanifing Municipal Council (KMC).
However, CPA Coordinator Njundu Drammeh said the demand is unarguable since the place does not belong to the National Youth Council (NYC).
Closure
Perhaps this could be a reason for the closure of the Youth Monument Bar and Restaurant by the KMC towards the end of November 2010. The Voice Newspaper recently enquired as to why the KMC decided to order the Management of the restaurant to vacate the place, but the public relations officer of the Council Pa Kalifa Sanyang declines to comment.
See the next edition as we look into more critical issues raised at the event, the Resolution as well as possible highlights of some sporting fanfare, cultural display etc.
Posted by Modou S. Joof at 10:53