The National Youth Conference and Festival (NaYCONF) 2010 will be hosted by the Kanifing Municipality (KM) in the course of the last two weeks of December, from the 15th. The event, held every two years, is aimed at discussing pertinent issues affecting the lives of youths in The Gambia.
In our bid to keep you in tune with the history of the recent past, The Voice newspaper’s News Editor Reports on the progresses made, the deficiencies encountered, promises made and youth demands as it unfolded two years ago in the country side town of
, The North Bank Region.
VP Dr. Isatou Njie-Saidy
Before we go further, take note that we will not be looking at what the realities are of today regarding the deficiencies encountered, promises made and youth demands and the arguments, these will be addressed during the upcoming event, but for now we just want to concentrate on how it all happened in 2008.
The 2008 event attracted more than 2000 people. Its is usually the largest biennial gathering of youths from across the seven regions of The Gambia, and at the heart of discussions amidst sport fanfare are the ever critical issues of youth unemployment, HIV/AIDS disease and other sexually transmitted diseases (STI’s), Illegal Migration, youth empowerment among other things.
Ever since the was identified as the host for 2010 two years ago, little had been done in the promotion of an event that seems as if it is not going to happen. One occasion the media was briefed on the forthcoming event and another (the handing over of the NaYCONF Flag by to KMC on Friday December 3rd, 2010 could not go as planned).
Its all down to the level of preparedness, but that should have become a lesson as every host should have learnt from the shortcomings of the previous host. But we will be talking about that on our 2014 flashback of the 2010 NAYCONF, when it will become history.
The KM will be expecting to receive , the North Bank Region (NBR), Western now West Coast Region (WR/WCR), Lower River Region (LRR), Upper River Region (URR) except but the Central River Region (CRR).
Boycott and unfair play
The later (CRR) did threatened to boycott the 2010 event provided that the do not succeed in their bid to host it. “The Chairperson of the Central River Region Youth Committee and its representative to the National Youth Council, Azziz Faal have made it categorically clear that if his region don’t host the 2010 NaYCONF, they will boycott it elsewhere,” the 2008 NaYCONF Daily, a newsletter published by the Media Sub-committee at the event reported. Faal’s position based on grounds that “it is unfair for KM to host the event twice when CRR has not even hosted it once, came prior to choosing KM as host for 2010.
Almost all regions have hosted the biennial except the Central and regions. In a rather more frustrating mood, Mr. Faal said he negotiated with the LRR not to bid to host it in order to give them a chance to host the 2010 event, ‘which actually deterred LRR from bidding, he stressed on December 22, 2008.
We have all the facilities to host it, “The NYC has a problem because they were partial in their decision. We all know that KM hosted the NaYCONF once while CRR never host it. It’s unfair and if we don’t host the next NaYCONF we will boycott it at KM.”

Official Opening
Earlier, on December 16, 2008, the Vice President of The Gambia Dr. Isatou Njie-Saidy declared the event open on behalf of President Jammeh at the Farafenni Mini Stadium, and challenges youths to make maximum use of the various opportunities created by the Government, saying ‘make hay while the sun shine’.
As usual of many government officials’ statements, she reiterated that The Gambia Government have established many worthwhile institutions such as the national youth service scheme (NYSS), national enterprise development initiative (NEDI), where successes were made in training young people in various skills.
During the time, she informed the gathering that the government have pass the Fisheries Policy, aimed at encouraging young people to take up fishing as a business venture to gain livelihood.
The Youth and Sport Minister, Hon. Sheriff Gomez use the event to shower praises on the president whom he described as a source of inspiration for the young, while calling the event as significant in the      country’s national calendar.
Ministre Hon. Sheriff Gomez
As the official symbol (NaYCONF Flag) of the event was handed to the Vice President on the occasion of the 8th edition of the NaYCONF, after a two-month tour of the country, Dr. Njie-Saidy reassures youths of government’s relentless commitment to empowering them.
However, Minister Gomez knew that the event is meant to provide room for young people to gather and discuss issues affecting them and to put down a concrete ‘resolution as to how such issues can be addressed’.
Editorial sentiment
The 2008 NaYCONF Daily in its first edition sternly stated that the theme: “Invest in Youths for Sustainable Development” is critical as it lays a solid foundation for the country’s future growth, that is, if actions and not words are taken.
In its editorial, the NaYCONF Daily stressed that the youths should critically nail on issues hindering their development.
The Chairperson of the Media Sub-committee Tombong Jadama did assured delegates that the media, comprising a 20 journalists from various media houses in The Gambia, would cover all events.

Media Centre shut down
Little did he know that the Media Centre was due to be closed down before its second publication? Indeed, the authorities at the on 19th December sealed the centre that host the press corp.
The School authorities said the National Organising Committee (NOC) failed to fulfill their agreement, prompting them to act otherwise. The decision followed several threats to close the media centre. Jadama in reaction said the move has left editors and reporters in frustration. “The newsletter was being printed at the time.”
One Faburama Solo Kinteh of Farafenni in an opinion letter published by the NaYCONF Daily, stressed that the school authorities should have pursued the NOC to fulfill any agreement they might have made,
Tombong Jadama, Chair Madia Sub-committee
but said the event is a national issue and the school belongs to the state, thus the authorities should not have acted otherwise.
Electricity hinders media’s production
“The Media Sun-committee’s production of the NaYCONF Daily Newsletter is being continuously hindered by the irregular electricity supply,” the newsletter lamented.
The national water and electricity company (NAWEC) scheduled its power supply in Farafenni from 0900-0300. However, within these period, the School, which host the Media Sub-committee, URR, LRR, WR, KM and the Red Cross experienced power shortage day in day out and the Newsletter revealed the inconsistency in power supply was as a result of the NOC not purchasing enough Cash Power to ensure that the delegates benefit from the constantly stipulated times of power supply.

Tired of buying candles
In reaction to the poor state of electricity supply, the technical adviser to the Western Region delegation, Mr. Omar Beyai said it was ‘total negligence’ by the accommodation committee for not providing them with electricity. “Since our arrival at the grounds on Tuesday, the committee dumped them in dark rooms without extending electricity supply to us,” he stressed.
In fact, he added that the worst of it all was that he assigned some of his delegates to serve as watchmen because the rooms they were staying are access free, fearing that their belongings can be stolen.
Tough evening for Accommodation Sub-committee
The NaYCONF Daily described the evening of Tuesday December 16, 2008 as tough for the accommodation sub-committee as the parties to the event arrived when housing arrangements were far from complete. 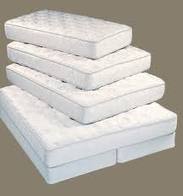 Over a thousand delegates make their way to various housing venues (at the Lower Basic and ), when there was not even enough mattresses for people to sleep on, as the last truck of mattresses arrived very late on Tuesday evening.
Police officers and green boys
As the accommodation drama continues to unfold, the committee found themselves in a bitter struggle with police officers and the green boys, who where also affected by the lack of mattresses to stretch on.
The police where there to lead the match pass for the opening day of the event as well as to maintain law and order during the process of the event, while the pro-Jammeh youth movement, the green youths have been known for announcing their presence with songs and praising chants for the President wherever he goes within the country.
However, the president did not attend in person the 2008 NaYCONF in Farafenni; instead, he delegated the Vice President to open the event on his behalf.
See next edition as we look into more critical issues raised at the event, the resolution as well as possible highlights of some sporting fanfare, cultural display etc.
Posted by Modou S. Joof at 19:37