Seriously in Need of Help 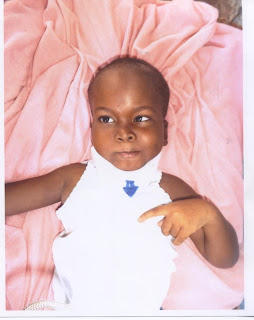 Modou Lamin Touray, a 6 year-old boy and a resident of Fajikunda, is in urgent need of assistance to go for overseas treatment.

According to a medical report issued by The Edward Francis Small Teaching Hospital, the youngster was presented at the paediatric outpatient department with a one year history of frequent falls, unsteady gait or walking, vomiting, headache, increasing head size, poor vision and inability to control his neck.

The report added: “However there were no reported seizures in the past. And he was born at term and cried well at birth”.

Modou Lamin Touray’s father, who walked into The Voice newspaper offices on Wednesday,  said he and his wife are seeking financial support from the Government, the Non Governmental Organisation (NGOs), the Private Sector and the Philanthropists to facilitate an overseas treatment of the child.

We do not have the means to do so by ourselves, he said.

Meanwhile, anyone willing to help young Modou Lamin Touray can contact his father Lamin Touray on +220 6158498.