Finalists in the prestigious CNN MultiChoice African Journalist 2013 Competition were announced on Monday by Ferial Haffajee, Chair of the independent judging panel.

This year, the competition which is now in its 18th year, received entries from 42 countries across the continent, including French and Portuguese speaking Africa.

There are 27 finalists from 11 countries: 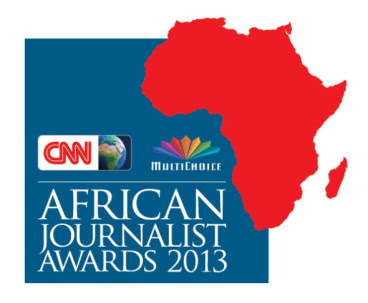 The winners of the competition will be announced at an Award Ceremony and Gala Evening in Cape Town, South Africa, on Saturday 12 October, according to the organisers.

The host for the evening is Isha Sesay, host of CNN International’s ‘NewsCenter’.

“A tough table of judges was often visibly impressed by the range of stories presented to us.  African journalists, as represented by our entries, have risen to the challenge of 2012.  The big stories were well-covered.  The small stories were not forgotten,” Ferial Haffajee said.

Haffajee added: “We commend the dedication of journalists who are very much part of a rising Africa with rising professionalism, increased appetite for tough and investigative journalism, an eye on those left behind and a deep commitment to telling good stories across many mediums.”

The CNN MultiChoice Awards competition is once again supported by the following sponsors, who continue to lend their valuable support to the awards: The Coca-Cola Company; Ecobank; Ericsson; IPP Media, Tanzania; Merck Sharp & Dohme (MSD), UNICEF and A24 Media.

An all-expenses paid four day programme of workshops, media forums, networking has been set up for the finalists during the run up to the award ceremony on 12 October 2013.

Tony Maddox, Executive Vice-President and Managing Director of CNN International said: “Now in its 18th year, the quality and excellence of the work submitted to the African Journalist Awards continues to rise year on year, ensuring that the 2013 competition maintains its place as the most prestigious Pan African Awards for journalists. CNN is proud to continue its commitment to fostering inspired journalistic excellence in African reporting.”

Nico Meyer, CEO of MultiChoice Africa said: “MultiChoice Africa is especially proud to once again partner with CNN in hosting these prestigious Awards. We believe that these awards play a key role in encouraging excellence in media while sharing the great stories of the continent.” - Source: CNN