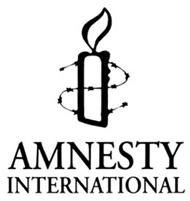 Thousands of slum dwellers from informal settlements across Africa have rallied together to make their voices heard by housing ministers and heads of state during a week of action organized with Amnesty International and partner organizations.

Rallies and public gatherings in N'Djamena (Chad), Accra (Ghana), Nairobi (Kenya), Port Harcourt (Nigeria), Cairo (Egypt) and Harare (Zimbabwe) will unite thousands of some of the world's poorest and most disadvantaged people in demanding that their governments respect their human rights obligations by not forcibly evicting them from their homes and by providing them with better services such as clean water and schools.

"Nearly three out of every four people living in African cities or towns south of the Sahara live in informal settlements or slums," said Erwin van der Borght, Amnesty International’s Africa director. "Yet when it comes to city planning they are ignored by the authorities. Today we are demanding that governments hear what these millions of people have to say. We are shouting 'People live here'."

"Most people living in slums pay taxes, vote, put their children through school and contribute to the city’s economy, yet most have little or no access to sanitation, clean water, education, and adequate healthcare which are human rights.”

“Governments must develop housing policies that focus on the needs of residents of informal settlements and which guarantee their rights."

The continent-wide rallies and gatherings will coincide with the African Ministerial Conference on Housing and Development (AMCHUD) which takes place in Nairobi, Kenya 20-23 March.

Civil society has not been offered the opportunity to participate in this crucial meeting and so Amnesty International has invited residents of informal settlements we have worked with in Kenya, Nigeria, Ghana and Zimbabwe to a parallel meeting in the same venue to represent their communities and present their key concerns and demands.

One of the most common human rights violations faced by the residents of informal settlements and slums are forced evictions. A forced eviction is the removal of people against their will from the homes or land they occupy without legal and other safeguards.

Amnesty International has documented mass forced evictions in Nairobi, Accra, N’Djamena, Port Harcourt, Cairo and Harare in addition to other cities and countries across the continent.

Forced evictions can have catastrophic effects, particularly for people already living in poverty. They do not just lose their homes and possessions, they also lose their livelihoods, their social networks and the basic services they rely on for survival.

“Forced evictions are a violation of the right to adequate housing, a violation that governments are obliged to prevent, but all too often don’t,” said Erwin van der Borght.

“We are not suggesting that evictions can’t happen in order to allow for development or upgrading works but safeguards – such as genuine consultation with affected communities and ensuring that people are not left homeless - must be adhered to ensure that people aren’t left more vulnerable to human rights violations.”

“Evictions can only take place as a last resort and only after all other alternatives have been explored”.

“Above all, governments must remember that residents of informal settlements are human beings and when homes are destroyed, lives are also destroyed. The next time they allow a slum to be demolished without safeguards they should remember; People live here.”
Posted by Modou S. Joof at 15:56