YJAG RAISING FUNDS TO SUPPORT THE CAUSE OF ‘WOMEN AND CHILDREN’ 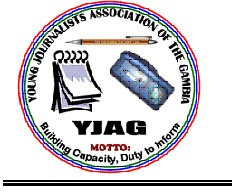 The Young Journalists Association of The Gambia, YJAG will on Saturday January 21, 2012 hold a Fundraising Programme at St. Charles Luwanga Hall at Faji Kunda.


The programme, which will be held in a form of musical entertainment, will feature great Gambian Musicians like Dr. Olugander on his return from Europe, Stalwart, a short listed candidate for three international awards, Paapa Lenghty (SiiPaahBii), and Tam 50 of the BK City.

Also performing will be great talents like Adu G and the posse, Mummy’s Gang, Silky Cris and a lot more high profile surprises and dance competition.

Entry ticket cost D50 (Fifty Dalasis) only. The programme starts at 8pm till the crack of dawn with Masters’ of Ceremony (MCs), DJ Senator and DJ Lamarana Jallow.

“I am urging people to come out in large numbers to help support not only our cause but that of Gambians,” said Lamin Jahateh, Secretary General of YJAG. “The proceeds gained will be used to provide training for young journalists on “Women’s Health, Rights Reporting, and Ethics on Child Reporting”.

YJAG is independent, non-governmental and non-profit making organization legally set up in 2007 on the principles of providing capacity building and addressing the welfare of to its members; informing and educating the public; promoting unity among young journalists in The Gambia amongst others.

YJAG has, in recent years, contributed tremendously to the development of the Gambia media industry, particularly on capacity building of members on news reportage which has greatly enhanced professionalism in the industry.