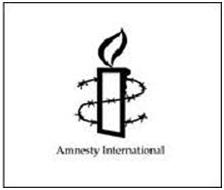 LONDON, United-Kingdom, January 18, 2012/African Press Organization (APO)/ — Amnesty International today called for the immediate release of four activists arrested over the distribution of T-shirts calling for an end to dictatorship in the Gambia.


The four were arrested in June 2011 after distributing T-shirts made by the NGO ‘Coalition for Change – The Gambia’ (CCG) which featured the slogan “End to Dictatorship Now”.

“The conviction of these men is a violation of their rights to freedom of expression, assembly and association,” said Lucy Freeman, Amnesty International’s researcher on the Gambia.

“President Jammeh is once again proving that he does not tolerate any form of criticism and is ruthlessly persecuting anyone who speaks out against his regime.”

Dr Amadou Scattred Janneh, who has American citizenship, was arrested in his office on 7 June for being in possession of the CCG T-shirts. Michael Uche Thomas, a Nigerian, and Modou Keita and Ebrima Jallow, both Gambians, were arrested on the same day, accused of printing the T-shirts.

The four men were sentenced at the Special Criminal Court in Banjul. Charges were initially brought at the Banjul Magistrate Court on 13 June and the case was later transferred to the High Court.

“These men are prisoners of conscience and must be released immediately and unconditionally. Gambia must stop such acts of persecution and allow criticism to be heard in the country,” said Lucy Freeman.

Journalists and activists in Gambia, are routinely subjected to human rights violations such as unlawful arrests and detentions, torture, unfair trials, harassment, assaults and death threats, making it extremely difficult for them to do their work.

Amnesty International has urged the international community to publicly condemn human rights violations in the Gambia, such as arbitrary arrests, torture, extrajudicial executions and enforced disappearance

According to CCG spokesperson Ndey Tapha Sosseh, “The Coalition for Change – The Gambia is an organization with the objectives of ending The Gambia’s dictatorship and as well as the climate of fear that has so consumed Gambian society.”