The Network of Agricultural Communicators (NAC)-The Gambia is one of seven organizations in Africa granted membership of the International Federation of Agricultural Journalists (IFAJ).

With the inclusion of Georgia, the IFAJ Delegate Assembly voted unanimously to accept eight new countries as members during the annual congress hosted by the Netherlands Association of Agricultural and Horticultural Journalism (NVLJ) at the Wageningen University and Research in July 2018.

The imminent approval of new membership applications was first revealed by the Somali Media for Environment Science Health and Agriculture (SOMESHA) which has a voting right at the IFAJ selection committee, and by the Pan-African Agricultural Journalists (PAAJ).

"I am glad to vote them and see all on board including the Association [of] Georgian Agricultural Journalists (AGAG)," SOMESHA Secretary General Daud Abdi Daud said on Wednesday.

"In few words, I am ecstatic. This is something we have been longing for. We will use this membership to network with agricultural guilds within IFAJ to learn with a view to bettering farmers in The Gambia. We will not disappoint.

"On behalf of NAC, I would like to thank DFAJ [Danish Food and Agricultural Journalists] for strengthening us over the years. Since we came in touch with them, they have been guiding and mentoring us."

"It open doors for more opportunities and networking with peer-guilds around the world,” he said.

"It is also an opportunity to share more experiences with other guilds and to learn best practices in return to further impact agricultural development in The Gambia."

Mr. Jallow described this new development as "the beginning of NAC's new engagement in agricultural development at global level."

He thank IFAJ for trusting and approving his organization's membership application. 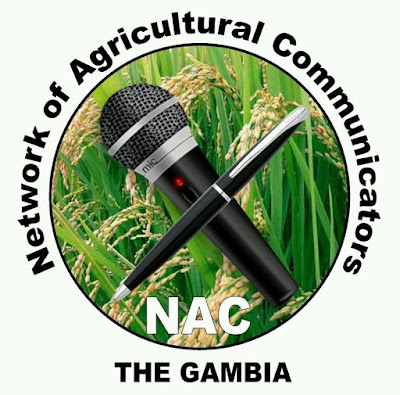 IFAJ is the only global organization to provide professional development and networking opportunities for agricultural journalists and communicators.

Interest in IFAJ membership continues beyond the 50 current members. It said in a statement Thursday that it has received inquiries and communication of intent to apply from nearly a dozen more countries.

“…and will be actively pursuing membership growth in South America and Asia in the coming years.”

“IFAJ has accepted 17 new members, many of them from Africa where the majority of the population are involved and employed in agriculture,” its President Owen Roberts said.

That 19 months project dubbed “Empowering Farmers Through Effective Agricultural Journalism” was implemented in partnership with the DFAJ.

It is meant to empower farmers by equipping journalists with the requisite skills to report on agricultural activities that would educate farmers and influence positive change in the society.

“The Gambian guild (NAC) is a classical example that agricultural journalists associations around the world can learn from to bring revolution in global agricultural development trends,” IFAJ President Owen Roberts said.

“The NAC is a ‘true potential of inspiration’ to all agricultural journalists guilds around the world. The way the network members come together and form around a project represents the true ideals and commitment of IFAJ,” he told the 2017 IFAJ and DuPont Pioneer Master Class Boot Camp in South Africa’s Gauteng province.