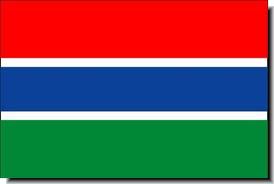 Two journalists in The Gambia have pleaded not guilty to charges of “conspiracy to commit felony” and “publication of false news” brought against them by state authorities on Thursday.


With three days of detention, Musa S. Sheriff, Publisher and Editor-In-Chief of The Voice newspaper and freelance journalist Sainey M.K. Marenah were arraigned at the Banjul Magistrates’ Court on 16 January.

At their first appearance in court, police prosecutor Corporal Camara applied for an adjournment to call witnesses but had earlier encourage the court to deny the journalists bail.

Prosecutor Camara argued that the accused persons may interfere with “ongoing investigations” especially the 2nd accused (Musa S. Sheriff) whom he described as “an influential man”.

He also argued that there is likelihood they might abscond if granted bail and referred the court to the case, the State versus Fatou Camara (broadcast journalist).

According to the prosecutor, the offence directly involved the President of The Gambia, Yahya Jammeh as the initiator of the Green Youths [young men and women loyal to Mr. Jammeh and his ruling Alliance for Patriotic Re-orientation and Construction, APRC party].

However, defence lawyer Lamin S. Camara objected to the prosecutor’s argument. He said there is nowhere in the charge sheet which indicated the name of the President.

The journalists’ lawyer in his request for bail said the charges are misdemeanour. He argued that the accused persons have been in detention beyond the legal limit of 72 hours. He also said the prosecution’s application for an adjournment clearly demonstrates that the investigation is concluded.

Magistrate Mbye noted that bail is at the discretion of the court. “I thereby grant bail to the accused person in the sum of D20, 000 each with one Gambian surety,” he ruled.
Hearing continues on 21st January, 2014 at 2pm.

Count I Statement of offence: Conspiracy to commit a felony Contrary to Section 368 of the Criminal law Cap 10:01 Volume III laws of The Gambia 2009.
Particular of offence: Sainey NK Marena and Musa S. Sheriff, for that you did on or about the 6th December, 2013 in the city of Banjul and diverse [places in] the Republic Of The Gambia, you conspired among yourselves to publish on The Voice newspaper medium caption “19 Green Youths joins opposition UDP” dated the 6th December, 2013 Vol-6 No. 117 ISSN: 0796-1308, thereby committed an offence.

Count II Statement of offence: Publication of false news with intent to cause fear and alarm to the public contrary to Section 59(1) of the criminal code cap 10:01 Volume III laws of The Gambia 2009.
Particular of offence: Sainey NK Marena and Musa S. Sheriff, for that you did on or about the 6th December, 2013 in the city of Banjul and diverse places in the Republic Of The Gambia, whilst employed as Editor In-Chief and reporter respectively at The Voice newspaper medium, you made a publication with a caption, “19 Green Youths joins opposition UDP” dated the 6th December, 2013 Vol-6 No. 117 ISSN: 0796 -1308, knowing or having reason to believe that the said publication is likely to cause fear to the public or disturb the public peace, thereby committed an offence.

On Wednesday, the journalists were who were arrested, detained and charged with “giving false information to public a officer” on Monday January 13, were transferred from Sanyang police station to Banjul.
They were detained at Sanyang, Kombo south district of West Coast region for three days. On January 15, 2014, the police transferred the two journalists to Banjul police headquarters, where they were detained overnight.

Colleagues, friends and family members of the detained journalists swarmed at the police headquarters in the morning until the afternoon to know the whereabouts of their loved ones.

Journalists were further informed that “the police are still investigating the case and that Sheriff and Marenah can be rushed to court tomorrow, Thursday, January 16, 2014.”

They were earlier charged with “giving false information to a public officer” over a story titled “19 Green Youths joins opposition UDP” published by the paper on its edition of December 6 - 8, 2013.
Four plain cloth police officers, who came to the offices of The Voice in Serekunda on Monday January 13, 2014 at around 8am, waited for Mr Sheriff till he arrived at around 11am. They demanded two copies of the paper (stories titled: “19 Green Youths joins opposition UDP” and “Tanji APRC deny 19 Green Youths defection to UDP”). After a brief discussion, the officers asked for the author of the story Sainey M.K. Marenah who was not available at the time.

By 12.00pm, they decided that the editor, Mr Sheriff would go with them. He was taken to the Sanyang police station, where he and Mr Marenah are being detained. Mr Marenah reported to the station after he was called by the police.

Their colleagues at The Voice and The Gambia Press Union visited the police station to secure their bail but not granted by the police, on the pretext that orders of the arrest were received from President Jammeh.
In the story “19 Green Youths joins opposition UDP”, The Voice, a privately-owned newspaper reported UDP claims that the supporters of the ruling APRC joined the main opposition United Democratic Party (UDP) during a youth gathering held at Tanji, Kombo south  district, West Coast region.

In its December 11, 2013 edition, the paper published the reaction of the APRC titled: “Tanji APRC deny 19 Green Youths defection to UDP” which created space for APRC supporters to dismiss the defection claim of the UDP as part of the papers policy of fairness.