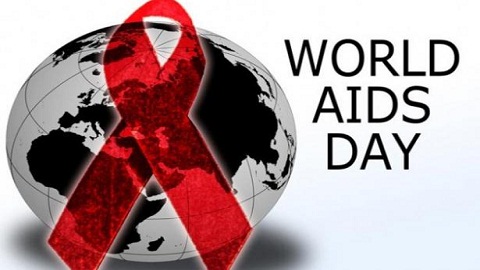 The fact that you are diagnose with HIV/AIDS does not necessarily mean a death sentence has been passed on you, says Mr. Almami Barrow, Head of Health Action Aid The Gambia.

“I know people who have been with the disease for more than 35 years and are still going about their businesses, and you cannot tell what their status is by looking at them,” Mr. Barrow said during a press conference held at the National Aids Secretariat on Tuesday November 27, meant to discuss this year’s World Aids Day.

Over the years, there has been an increase in access to voluntary testing and counseling and treatment services for people living with HIV in The Gambia.
The first cases of HIV/AIDS in The Gambia were discovered in 1986, and today, some 18 to 26, 000 people are living with the virus, according to estimates by the agency, UNAIDS.

It is close to 27 years now since HIV/AIDS was discovered in The Gambia and there have been a lot of progress, Mr. Barrow said, the highest level of prevalence was 2.8 percent (%) and ever since the prevalence has been between 1.2% and 1.67%.

However, an estimated 500 people still die of HIV/AIDS or related diseases every year in The Gambia, meaning some 6000 people might have die of the disease since the turn of the new millennium.

The theme from last year is “Getting to zero”, an advocacy and action-oriented campaign set in motion by world leaders to ensure "Zero new HIV infections, Zero AIDS-related deaths, and Zero discrimination."

World Aids Day is marked globally on 1st December. In the Gambia, the NAS in collaboration with the UNAIDS Country Office, AATG, the National Aids Control Programme (NACP) and other partners will mark the Day with a calendar of event that will end in mid December.

On a general outlook, there have been promising results in the fight against HIV/AIDS, including The Gambia.

UNAIDS Country Officer in The Gambia Mr. Nuha Ceesay said there have been more than 50% drop in new HIV infections across 25 countries since 2001, of which 13 countries are in sub-Saharan Africa, a region most affected by HIV.
High prevalence countries like Malawi have seen a 73% reduction in HIV infections and Botswana records a 71% drop.

An optimistic Mr. Ceesay said achieving zero new infections in children is possible the UNAIDS to believe since half of all reductions in new HIV infections in the last two years have been among children.