ECOWAS BUSINESS FORUM IN GAMBIA TO FOCUS ON ICT 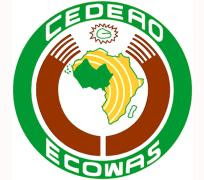 The sub-regional economic bloc, the Economic Community of West African States, ECOWAS, on Monday announced that its 4th Business Forum and the 2nd Private Sector Awards to take place in Gambia in September 2012, will be focusing on Information and Communication Technology (ICT) development.

The announcement followed a meeting by the Committee comprising representatives of the ECOWAS Commission, Regional Business Associations (RBAs) and other stakeholders, from May 2-3, 2012 in the Gambian capital, Banjul.

Two awards will be given out, one for a Young Entrepreneur who has demonstrated innovations in ICT and the other to a company that has distinguished itself in the field of telecommunications, ECOWAS revealed in a May 17 statement.

The Committee also called for the establishment of a communication strategy in order to attract at least one sponsor from each Member State and by sector, set up four sub-communities for planning and preparation for the forum. A working group was also formed to make proposals to the draft budget.

The Commissioner for Macroeconomic Policy, Dr. Ibrahim Bocar Ba, who was represented at the meeting by the Director of Private Sector, Dr. Alfred Braimah, affirmed ECOWAS’ commitment to the awards and charged the committee to come up with concrete measures whose implementation would ensure the success of the two events.

He said the forum had resulted in the setting up of a development fund to finance bankable projects, signing of partnership agreements with countries and the creation of the Regional Coordination Centre for Renewable Energy (ECREE) in Cape Verde.

The Commissioner also said the Commission attached great importance to the progress of the Regional Business Associations and regional development in line with the “ECOWAS of Peoples” objective, under Vision 2020