African champions Zambia on the rise

African Press Organization (APO) — The Africa Cup of Nations in Gabon and Equatorial Guinea, which drew to a close last Sunday, has clearly left its mark on the current edition of the FIFA/Coca-Cola World Ranking, as Zambia, the newly crowned African champions, secured their first-ever title and have thus climbed to 43rd position.

This is the first time since February 2001 that the team, coached by Hervé Renard, have made it into the top 50. Despite their extremely narrow defeat in the final, Côte d’Ivoire (15th, up 3) remain Africa’s highest-ranked team.

Aside from the two finalists, third-placed Mali (44th, up 25) as well as host nations Gabon (45th, up 46) and Equatorial Guinea (110th, up 41) have clearly gained considerable ground.

Changes are also to be seen in the top ten, with Germany (2nd, up 1) bumping the Netherlands out of second place to take up position behind Spain, and Portugal (6th, up 1) and Italy (8th, up 1) also making some headway. Denmark have moved into the top ten (10th, up 1), pushing Argentina down to 11th position.

All of these changes in ranking are due to the devaluation of matches from previous years as no top-ten team has played a match in the last month. The balance of power between the confederations remains relatively unchanged: UEFA has 27 teams in the top 50 (down 1), CONMEBOL has 9, CAF 6, CONCACAF 4 (up 1), the AFC 4 and the OFC 0.

The results of 51 international matches have been taken into account in compiling the current edition of the ranking, of which 32 took place as part of the Africa Cup of Nations and 19 were friendly matches.

•    Teams that are no longer ranked none

•    Inactive teams (not ranked) none 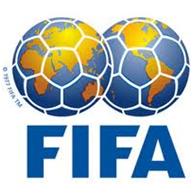 The next FIFA/Coca-Cola Ranking will be published on 7 March 2012, one week earlier than originally planned.