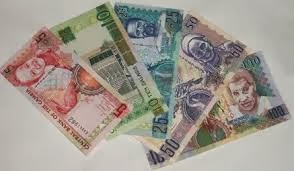 A five days training on ‘financial analysis techniques for Financial Intelligence Units (FIUs) and their partner agencies from The Gambia and Sierra Leone’ will further enhance the operational capacity of FIUs, the organisers say.

The United Nations Office on Drugs and Crime, UNODC, says the June 30-July 4 course will foster synergies with key partner agencies in The Gambia, Sierra Leone, Ivory Coast and Ghana – which made up the course participants.

“FIUs are a key player when it comes to anti-money laundering and counter-financing terrorism, AML/CFT, as they form the link between both components,” Ludovic D’HOORE of UNODC says on Monday at an international hotel in Banjul, the Gambian capital.

“For several years now, the security and stability in West Africa have been threatened by terrorist groups, various forms of illicit trafficking and organised crime,” he notes, while making reference to recent events in Mali and Nigeria.

Yaya Camara, director of The Gambia FIU, says the analysis of financial information is crucial for the production of operational and strategic intelligence for investigations by law enforcement agencies.

He says the course will help the FIUs of The Gambia and Sierra Leone to appropriately analyse suspicious transactions.

Basiru Njai, a deputy governor of the Central Bank of The Gambia, says the country’s authorities continue to put in place legal, institutional and other measures in line with international best practices in the fight against money laundering and terror-financing.

In 2012, The Gambia enacted an adjusted version of the AML/CFT Act of 2003 to cover adequately, predicate offences and set up an independent financial intelligence unit.

Richard Yoneka, Chargé d’affaires US Embassy, Banjul, says over the years the crimes committed by the militant group Boko Haram, which has been designated a terrorist organisation by the US state department, is a case for concern.

“We must be prepared for anything,” he says while noting Banjul and Freetown have made “remarkable progress” in their fight against money laundering and terrorism financing.